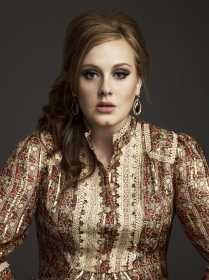 Music addicts tend to be snobbish contrarians who want to prove how smart they are. As one of this breed, I'd like to tell you some Omaha-based band you never heard of that combines elements of honky-tonk country, glam rock and hip-hop made the best album of 2011.

I cannot, however, do that. (But seriously, if that band exists, let me know.) 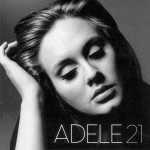 Adele made the best album of 2011. She set the standard high with a January release date, and everyone else managed to limbo under it.

As the title of the album implies, Adele was 21 when she composed and created her sophomore effort. As opposed to the debut "19" (which was also excellent) this is an adult portion.

It's a heart-wrenching 48 minutes of pop, soul, blues and country. Written after Adele's breakup with an anonymous boyfriend, it conjures up all the anger and bitterness ("Rolling In the Deep"), heartbreak ("Don't You Remember") and acceptance ("Someone Like You") the end of a relationship can bring.

And those are just the standout tracks. In between, Adele explores a range of other emotions, experiments with a number of genres and works with a much richer pallet of instruments production than her first album.

The big question after "21" is what Adele will do next. She's certainly given herself a tough act to follow.

As much as I hate to agree with the halfwits at Rolling Stone and (more than likely) the Grammys, Adele made the best album of 2011. 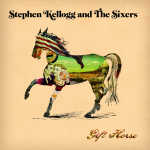 In "Noelle, Noelle," the final song of "Gift Horse," Stephen Kellogg is asked how many songs he's going to write about his wife and kids. His answer is simple: "As many as it takes."

As fans of the Massachusetts-based band are keenly aware, Kellogg's songwriting is deeply personal. It's not about sex, drug and rock 'n' roll; it's just about life.

That's what makes "Gift Horse" so appealing. While he might make his living singing and playing guitar, Kellogg is a family man and he's deeply proud of it. It's an appealing album to those of us who've made similar life choices.

There is a niche in rock for family-oriented music, and Kellogg and the Sixers have found it. 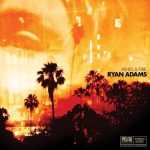 "Ashes & Fire," the 13th(!) solo album from the prolific singer-songwriter, is one of his calmest and most balanced.

Perhaps this reflects the time he took off from music and his marriage to fellow entertainer Mandy Moore. Songs like "Lucky Now" and "Dirty Rain" have less edge than some of Adams' earlier music, but with the same razor-sharp songwriting and strong delivery. 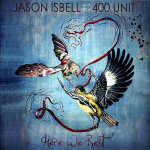 "Here We Rest" finds Jason Isbell exploring the country end of the spectrum of the Alabama country-rock he's been making for the better part of a decade.

The album's title evokes imagery of a graveyard, but the album plays out more like the rest one finds at home.

For Isbell, that home is among the "Alabama Pines" of the first track. "Tour of Duty" finishes the album, packaging some of the same feelings in a happier song.

In between, there's a feel of coming home after an exhausting time in life for Isbell and his band. The entire package is one of satisfaction, if not always happiness. 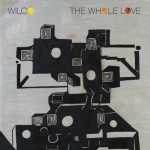 No band has been able to reinvent itself as many times as Wilco while maintaining such quality output.

Even so, the band's sound has always been about the competing elements of accessible country rock and envelope-pushing noise rock. This is strange, considering the band has basically been the vision of one man in Jeff Tweedy.

On "The Whole Love," Wilco manages to pull these elements together in a way it has not done previously. The album begins and ends with long, weird, but ultimately melodic and catchy jams in "Art of Almost" and "One Sunday Morning."

In between, are nine radio-length tracks that do the same, although in much smaller packages.

"I Might," with its combination of garage rock crunch and Phil Spector pholyphonics, is the most immediately accessible song on the collection, but Tweedy shines across the board on this one. 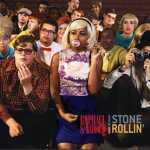 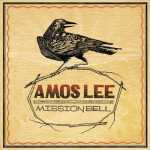 No one else in music can speak as loudly as Lee while never seeming to raise his voice. A great live show, too. 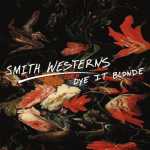 There might not have been a better guitar album of 2011 than the Smith Westerns' sophomore release. It's glam rock 40 years later. 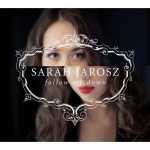 With her beautiful voice and musicianship, Jarosz can seduce bluegrass haters into listening before they realize what they're listening to. 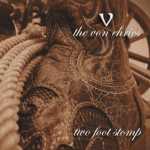 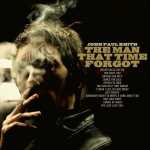 The last spot on the list is a toss up between my two favorite 2011 albums that pretty much nobody has heard. Both artists make hybrid styles of music, with The Von Ehrics balancing hard rock with country, and Keith balancing rockabilly with garage rock. 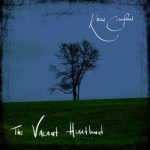 Local Album of the Year
Kevin Crafton
The Vacant Heartland

In setting out to write a list like this, it's hard to know where to put a record by someone you actually know, especially if that someone is a former co-worker.

But I would be remiss if I didn't mention Kevin Crafton's "The Vacant Heartland" because it was one of my favorites of 2011. I may be biased, but that's OK.

The truth is that for me, songs like "The Vacant Heart(land)" and "Joanie" were among the most memorable of the last 12 months.

The fact that the tunes are made by a local singer-songwriter we actually have the chance to enjoy in person is just icing on the cake.

As always, this list is based only on my impressions of the year. It doesn't include perfectly good albums I haven't been able to listen to (Fleet Foxes, My Morning Jacket, The Decemberists), artists I don't care about (Eminem, Lady Gaga, PJ Harvey) or past favorites who didn't quite deliver the goods in 2011 (Needtobreathe, Drive-By Truckers, T-Bird and the Breaks).

Don't take it too seriously. After all, it's just music.