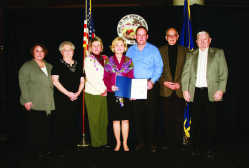 The Indiana Office of Community and Rural Affairs (OCRA) administers the grants, which are funded through the federal Community Development Block Grant (CDBG) program.

Overall, 17 communities were recognized at the ceremony, with grant awards totaling more than $8 million being awarded.

The Cloverdale project will address the severe deterioration and ongoing operational problems of the Doe Creek lift station, which began more than 10 years ago.

The project will provide a complete replacement of that lift station along with force main and wastewater line improvements. 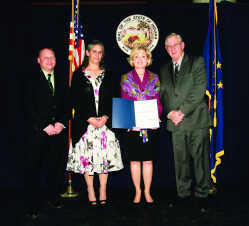