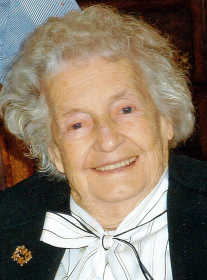 From a very young age, she lived with her grandparents, John Andrew and Mary (Moffett) Hawkins. She was a 1933 graduate of Greencastle High School.

Mary was a homemaker and helped her husband of 46 years, Harold Martin Berry, farm.

She was a member of the Putnamville United Methodist Church; the United Methodist Women, where she had served as a district delegate; a board member with AARP; on the Council on Aging with Area 7; active with the Putnam County Senior Center, helping with the Euchre Club; and worked on the Warren Township Election Board.

She was an avid gardener and loved flowers and to be outdoors.

She was preceded in death by her parents; her husband; a sister, Verna Ruth (Hawkins) Forsyth, a half-brother, John Hawkins; son-in-law, Bob Shuee; and a daughter-in-law, Rita Berry.

Friends may call at the funeral home from 5-8 p.m. Friday.