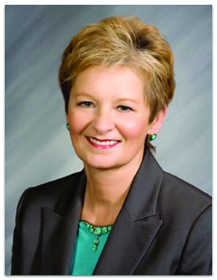 The seat was most recently held by Connie Lawson, who resigned last Friday to assume the office of Secretary of State.

The caucus will be held at 9 a.m. at the Hendricks County Government Center located at 355 South Washington Street, Suite 218, Danville.

All precinct committee members from Russell, Franklin, Jackson, Clinton, Monroe, Floyd, Madison, Greencastle and Marion townships in Putnam County are eligible to participate in this caucus.

On Monday, March 19, Chairman Holcomb received official communication from Senate President Pro Tempore David Long that Sen. Lawson had resigned her seat in the Indiana State Senate to assume the position of Secretary of State at the appointment of Gov. Mitch Daniels.

The individual chosen at the April 7 caucus will fill the remainder of Senator Lawson's term.

Another caucus will take place following the May 8 primary election in order to fill the ballot vacancy on general election ballot in the newly drawn district.

The redrawn district changes the Putnam County constituency slightly, as not all Greencastle Township precincts will remain in District 24.

More details on the second caucus will be released later by the Indiana Republican Party.

Individuals interested in running in the April 7 caucus should contact State Party Secretary Barb McClellan at bmcclellan@indgop.org to ensure they file the proper forms before the April 4 deadline.