Robert J. "Bob" Howard, 75, of Rockville and formerly of Coatesville, passed away on Tuesday, March 27, 2012 after a courageous battle with cancer. 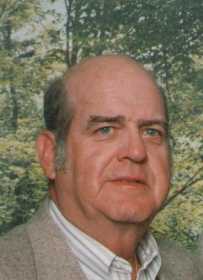 He worked for International Harvester/Navistar for 30 years, retiring in 1986. After retiring, he and Sue spent their winters in Texas and summers in Indiana where he held several part time jobs including Stilesville Implement Auction, Kenworth of Indianapolis and Adesa Auto Auction. He was a member of the Eagles and Moose lodges.

Bob spent the past several years at his home near Raccoon Lake where he could always be found enjoying his pipe and a can or two of beer.

He is survived by his children, Roberta Cooper of Fort Myers, Fla., Bret Howard of Terre Haute and Russell Howard and wife Rebecka of Greencastle; grandchildren Savannah and Ryder Howard; and brothers Jack Scoggin and Kenny Howard.

He was preceded in death by his wife, parents and brother Tom Howard.

Funeral services will be held at 11 a.m. Monday, April 2 at the Bousley-Hays Funeral Home, Coatesville. Calling will be held on Sunday from 2-6 p.m. at the funeral home.