Karen Denise (Jordan) Williams, 51, of Danville and formerly of Fillmore, passed away April 23, 2012. 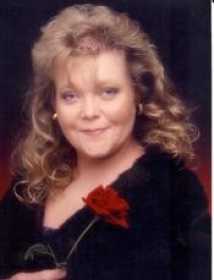 She was born Dec. 25, 1960 in Indianapolis to Ralph Harold and Ethel Loretta (Stanley) Jordan.

She was a 1979 graduate of Morton Memorial High School at the Indiana Soldiers and Sailors Children's Home.

Her latest employment was at Wal-Mart in Plainfield, where she worked in the bakery and deli.

She was preceded in death by her husband, Dan Williams.

Survivors include her mother, Ethel Loretta Stanley Jordan; brothers Doug (Angie) and Keith Jordan; niece and nephew Misty and Mitchell Jordan; cousin Scott Edrington; step-niece and step-nephew, Danielle and Derek Prifogle; her dogs, Gage and Fred, and all the fish that have not been caught in the fresh waters of Indiana.

Karen was a member of the Indiana Soldiers and Sailors Alumni Association to which in lieu of flowers, contributions may be made at www.Isschalumni.com. Cash donations also will be accepted to pay for her dogs' care.

A memorial gathering was held Friday, May 4 at First Baptist Church of Plainfield (1012 Stafford Rd.). Burial will be private in Sugar Grove Cemetery, Plainfield.