Raymond J. Campbell, 70, of Greencastle, passed away at Hickory Creek at Sunset in Greencastle on Tuesday, May 15, 2012.

Raymond was born March 28, 1942, in Vincennes, Ind. He was the son of Joseph and Thelma (Burlington) Campbell. 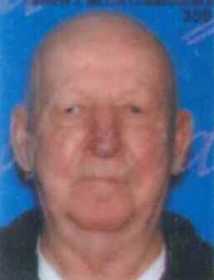 Raymond graduated from Fillmore High School with the class of 1961.

He was preceded in death by his parents, stepfather Warren Archer and stepsister Rose Mary Richards.

Raymond is survived by his two brothers, Marvin Campbell and wife Rona and Maurice Campbell and wife Ann, both of Mt. Meridian; stepbrother David Archer of St. Petersburg, Fla.; stepsister Donna Roberts and husband Tony of Lizton; two daughters, Debra Wineman (David) and Lisa Hall, both of Crawfordsville; two sons, Raymond Campbell and Chris Campbell, both of Reelsville, as well as several grandchildren, nieces and nephews and extended family members.

At his request cremation services will be provided.

Lawson-Miller Chapel, Brazil, has been entrusted with his care.