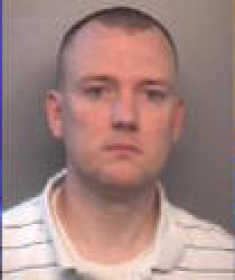 However, unintended consequences of the reported actions of Heath M. Kerns, 34, of Roachdale, ultimately led to the wrongful suspension of dozens of drivers' licenses, an investigation claims.

Kerns, who is also a former one-time Roachdale town marshal, is facing charges of official misconduct, forgery and perjury in the case.

After ISP supervisors confronted him over the allegations of falsifying tickets in 2010, Kerns resigned from the department on Aug. 23 of that year after less than four years as a trooper.

"Upon his resignation, the process that had been started to conduct an internal investigation ended," Capt. Dave Bursten, commander of the ISP Public Information Office, explained Friday to the Banner Graphic.

The Indiana Office of Inspector General subsequently initiated an investigation, Bursten said, that has now resulted in criminal charges "related to the allegation that Mr. Kerns falsified traffic tickets."

According to a probable cause affidavit, Kerns allegedly wrote more than 40 bogus traffic citations and warnings while working out of the Indiana State Police Post at Putnamville between March and July 2010.

His apparent intent was "to increase his traffic enforcement activity statistics to the Indiana State Police, which he consistently had trouble maintaining as reflected in his performance appraisals," the probable cause affidavit states.

Investigators say while Kerns never filed the tickets with the court, they nonetheless made it into the system because the Brownsburg Town Court automatically downloads traffic citations assigned to its jurisdiction.

The phony tickets erroneously resulted in the suspension of 43 drivers' licenses for what was a perceived failure to appear in court.

Investigators said that in one case, a truck driver nearly lost his job because his employer believed his license had been suspended. That came about after Kerns had issued a citation for a moving violation to a motorist he allegedly never stopped.

"While Kerns' actions did not result in monetary loss for any motorist," the probable cause further stated, "it is important to note that his actions had potentially severe, unintended consequences that affected each motorist."

The Roachdale man has denied the allegations to his superiors, maintaining instead that the erroneous tickets were a computer mistake, statements in the probable cause affidavit indicate.

Currently Kerns is employed by the Airport Police Department at Indianapolis International. He has been placed on leave, pending the results of the investigation, an airport spokesman said.

Kerns did not have a disciplinary record with the State Police prior to the allegation that resulted in his voluntary resignation, Capt. Bursten said.