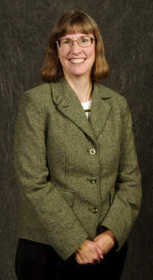 Recently Ken Eitel, current president of the Heritage Preservation Society of Putnam County board, recalled the origins of the organization.

"In 1977, a few persons with determination and dedication founded the Heritage Preservation Society of Putnam County," Eitel said recently. "Thirty-five years later the organization has revitalized itself, dedicated (itself) to new objectives that raise community awareness and grasped the economic benefits of preserving and remembering our heritage."

To that purpose, annually in May, the Heritage Preservation Society (HPS) sets about scheduling local events designed to heighten interest in preserving the heritage of Putnam County and its families.

Having become aware of the current state of the Civil War Soldiers Monument at Forest Hill Cenetery, the choice this year has been to create awareness of the part that Putnam County played in the Civil War. And through that, HPS is reaching out to the community in an effort to build a local coalition to chart a path toward saving this important county monument from further ruin.

Two upcoming events are part of this effort. Partnering with the Putnam County Museum and exhibit of Civil War related items is scheduled to open at the museum. The focal point of the exhibit highlights the interests and talents of Avery Huffman of Bainbridge.

Huffman became interested in Civil War enactment at an early age as a visitor to Billie Creek Village in Parke County. Not long after, she began sewing garments to wear at Civil War re-enactments. Entering those garments in the Putnam County 4-H Fair, she won at the local fair and advanced to the State Fair Fashion Revue. In three separate years her efforts were awarded at the state level.

At 6:30 p.m. Thursday, May 24, Avery will appear in the most elaborate of her creations as she speaks about Civil War fashion and etiquette. Also included in the exhibit is a selection of men's re-enactment clothing on loan by Ken and Shawn Heeke, past participants in the local Archer's Brigade. Additionally several authentic Civil War artifacts never before exhibited will be part of the exhibit. Light refreshments will be served.

The book is a microhistory focused upon Putnam County from 1850 through 1870. As such the book was selected by the Organization of American Historians (OAH) to receive the 2012 Avery O. Craven Award, which is given annually for "the most original book on the coming of the Civil War, the Civil War years, or era of Reconstruction, with the exception of works of purely military history."

Etcheson, a Ball State University professor, will discuss the book and her research additionally signing copies for those in attendance. Books will be available for sale that day.

HPS encourages donations to a newly established Endowment Fund at the Putnam County Community Foundation. Foundation Executive Director Elaine Peck notes that donors will be getting a two-for-one match for their donations. With a five-year goal of $300,000, HPS hopes to eventually generate a $15,000 annual availability of funds to help in the undertaking of worthy Putnam County preservation projects.

For questions on events or to express interest in the endowment fund or participation in "Restoration of a Civil War Icon," interested persons may call 848-1111 or 522-1430.