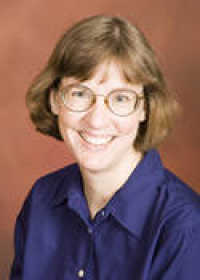 The Putnam County Public Library will welcome author Nicole Etcheson for a Brown Bag Lunch talk at noon Thursday, May 31.

Etcheson will discuss her book, "A Generation at War: The Civil War Era in a Northern Community." The author will have books available for purchase and signing.

For all that has been written about the Civil War's impact on the urban Northeast and Southern home fronts, until now a detailed picture of how it affected specific communities in the Union's Midwestern heartland has been lacking. Etcheson offers a deeply researched micro-history of one such community -- Putnam County, from the Compromise of 1850 to the end of Reconstruction -- and shows how its citizens responded to the war and were affected by it.

Delving into the everyday life of a small town in one of the 19th century's bellwether states, "A Generation at War" considers the Civil War within a much broader chronological context than other accounts. It ranges across three decades to show how the issues of the day -- particularly race and sectionalism -- temporarily displaced economic and temperance concerns, how the racial attitudes of northern whites changed, and how a generation of young men and women coped with the transformative experience of war.

Through temperance and alcohol she illustrates nativism and class consciousness, while through an account of a murder she probes ethnicity, politics, and gender. She reveals how some women wanted to "maintain dependence" and how the war gave independence to others, as pensions allowed them to survive without a male provider. And she chronicles the major shift in race relations as the most revolutionary change: blacks had been excluded from Indiana in the 1850s but were invited into Putnam County by 1880.

Etcheson personalizes all of these issues through human stories, bringing to life people previously ignored by history, whether veterans demanding recognition of their sacrifice, women speaking out against liquor, or Copperheads parading against Republicans. The introduction of race with the North Carolina Exodusters marks a particularly effective lens for seeing how the idealism unleashed by Lincoln's war influenced the North. Etcheson also helps us understand how white Southerners tried to reunify the country on the basis of shared white racism.