A memorial service will be held at 3 p.m. Sunday, June 10 in Meharry Hall of East College at DePauw University.

A reception will be held immediately following the service at the home he shared with his wife, Susannah Hardesty. 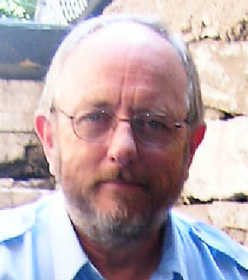 Although ceramics was his specialty, over his 36-year career in the Art and Art History Department, David taught a variety of other courses, including photography, computer animation and art history.

After his retirement in 2008, David enjoyed designing and building fine woodwork, making and sharing art with his children and grandchildren, sharing time with Susannah, family and close friends both at their Greencastle home and their Owen County lake cabin.

Condolences may be sent to the family at: cds@whitakerfuneralhome.net