He was born Dec. 27, 1948 in Indianapolis to Bartley and Clara Gallagher Lenihan.

He is survived by his loving wife and best friend, M. Katherine Lenihan. 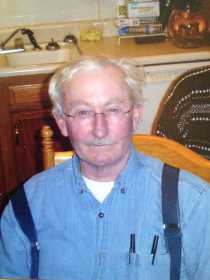 He was welcomed into heaven by his parents, Bartley and Clara Lenihan; brothers Bernard Lenihan and John H. Lenihan, and sisters Joan Niccum and Mary Denise Lenihan.

At the age of 17 he enlisted in the Army in the 25th Infantry Division's Engineer Battalion. He served three tours in Vietnam and received several medals, including the Purple Heart, the Heroism Award and the Army Commendation Medal.

After serving his country, he graduated from Lincoln Technical Institute and retired from the United States Post Office. He also enjoyed interacting with the community and friends while stocking bread at the local Wal-Mart grocery.

Michael was a loving, devoted husband who loved his children and grandchildren, and he took great pride in their two great-grandchildren.

Michael attended St. Paul Catholic Church and New Life Baptist Church, Greencastle. He will always be remembered for his love and dedication to his God, his country and his family.

The family will receive friends on Tuesday, June 5 from 11 a.m. until time of services at the funeral home.