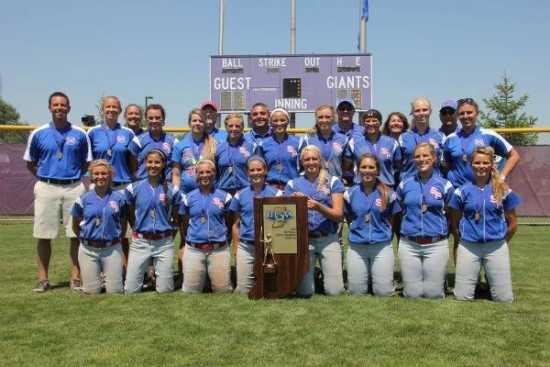 INDIANAPOLIS -- The South Putnam softball defeated Adams Central 3-1 to claim its second consecutive IHSAA Class 2A state softball title Saturday. The Eagles are the only team to post a perfect record (31-0) in its defense of a state championship in the history of the softball tournament.

The complete story of South Putnam's repeat as state champions will be in Monday's edition of the Banner Graphic.