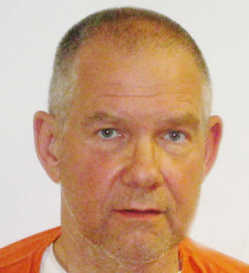 Although he could barely utter the word guilty, a 57-year-old Roachdale physician pled that way Thursday in Putnam Circuit Court.

Howell, who was arrested Oct. 18 at his Heritage Lake residence, appeared before Special Judge Thomas Milligan of Montgomery County in a charge-of-plea hearing in the case.

When Judge Milligan asked Howell how he pled on each separate count, the doctor initially offered only "yes."

"Do you mean guilty?" Milligan asked Howell, dressed for his court appearance in a short-sleeve blue plaid shirt, gray pants and black-and-silver sneakers.

"Yes," Howell again answered without having to say "guilty" to make that point valid.

"He was not about to say the word 'guilty,' was he?" Prosecutor Bookwalter noted after the hearing.

Howell also became noticeably irritated when he took the witness stand and his own attorney ran though the list of counts to which he was pleading guilty.

"Didn't we already cover this once?" Howell asked in his longest statement of the day.

Throughout the proceedings, the defendant kept his responses to a minimum, usually just "yes" or "um, yes."

But his voice audibly cracked when the judge asked if he understood that the terms of the plea bargain meant he would never again hold a medical license.

"That's one of the most important things," Prosecutor Bookwalter said, "that he's giving up his medical license."

For all intents and purposes that had already occurred. Dr. Howell ran an advertisement in the Banner Graphic classified pages on Oct. 17, indicating he had retired, effective Sept. 30. He also reportedly posted a sign to that effect at his Roachdale office.

In exchange for the five guilty pleas, the state agreed to dismiss the other 10 charges against Howell.

As part of the plea agreement, Dr. Howell, who has operated Tri-County Family Medical Clinic in Roachdale for more than 20 years, agrees that he may never reapply for his medical license (currently suspended) and Drug Enforcement Administration (DEA) registration "during his natural lifetime."

-- Count V, unlawful dispensation of a controlled substance, Oxycodone, in excessive amounts to a patient.

-- Count VI, Unlawful dispensation of a controlled substance, Clonazepam, in excessive amounts to a patient, including such use as to facilitate sexual encounters.

-- Count XII, Unlawful dispensation of a controlled substance, Oxycodone, Methadone and/or Alprazolam to a patient in excessive amounts.

The doctor's arrest culminated a more than two-year investigation by local, state and federal authorities into his alleged reckless dispensing of narcotics and pain medication.

The investigation also yielded reports of several incidents of alleged sexual encounters with a number of female patients to whom he had reportedly prescribed excessive doses of controlled substances.

At least three of the original counts alleged that the excessive amounts of controlled substances he prescribed were ostensibly written "to facilitate sexual encounters."

Bookwalter indicated sentencing will require at least two hours of courtroom time. He plans to call on patients affected by both Howell's purported reckless prescription writing and his sexual advances.

"I consider this a serious case," the prosecutor said, "because in the last 18 months, prescription drug abuse has overshadowed meth in our community."

Officials from the DEA are also expected to testify concerning the number of prescriptions Dr. Howell was writing, a figure that topped 11,000 per year at one point.

"When I first saw those numbers, I didn't believe them," Bookwalter admitted Thursday.

But the investigation intensified after pharmacists in Greencastle, Danville and Crawfordsville refused to fill Dr. Howell's prescriptions and investigators saw a pattern of out-of-county patients "coming to tiny, little Roachdale" to get excessive amounts of prescription medication.

Authorities noted that they were seeing vehicles with Fayette County license plates "every day of the week in Roachdale."

Dr. Howell could receive a maximum of five years on each of the five separate counts to which he has pled guilty.

The plea agreement also indicates he agrees to pay restitution in an amount currently undetermined to any victim or victims.