Sigworth named to Greencastle School Board 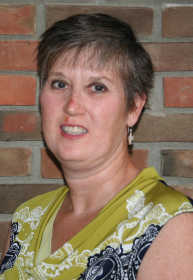 When Greencastle City Council members called Thursday's decision on an appointment to the Greencastle School Board a difficult one, it was a lot more than lip service.

With a number of controversial issues before the school board recently, and the decision between an incumbent board president and three potential replacements, emotions have been running high regarding the decision.

"This is a very serious job that we do every two years,"17-year Councilman Mark Hammer said, "but none of the past eight appointments of which I have been associated have stirred up so much interest and contacts from the citizenry of Greencastle."

Councilman T.J. Smith seconded the motion, and in a 5-0 decision, Sigworth became the newest member of the Greencastle School Board.

After making the appointment, board members praised Stinebrickner for his four years of service. Hammer, noticing Stinebrickner's wife Kelsey Kauffman in the audience, asked that she extend the board's appreciation.

Sigworth joins a board that has undergone a serious makeover in the last year. She and Greencastle Township appointee Gary Haussin will take office after July 1.

Bill Tobin was selected by the school board in March to fill the remainder of the other City of Greencastle appointment.

Mike White is completing his first year as a Greencastle Township appointee.

Only Madison Township appointee Mike Dean, with more than a decade of experience, has been on the board longer than a full year.

The fledgling board members face some tough issues from the beginning, first and foremost the future of school Chief Financial Officer Clayton Slaughter.

More than $3 million in undeposited corporation checks were found in the CFO's office recently. The board is questioning why these were not deposited in a timely manner.

An executive session and public meeting are scheduled for Monday, July 2. These are speculated to be regarding Slaughter's future.

Following Sigworth's appointment, City Council President Adam Cohen made a statement in which he passed along to the school board a number of concerns citizens have expressed to council members during the selection process.

These included the school board's "excessive use of the executive session" and disclosing what goes on in these sessions, addressing publicly the state audit the district went through this spring, addressing morale in the school system and explaining why the issue of a 27-week pay period was not addressed earlier than last week.

Cohen also asked that specific legal questions raised by Slaughter in a letter to the city council be addressed. The CFO sent the letter to city council and school board members prior to the discovery of the checks in his office.

The council president reminded the school board and community how high emotions are running surrounding these issues.

"I've had people come to me in tears on all sides of this issue," Cohen said. "It concerns me. This is a community of friends.

"The answers will come as we as a community come together."

Cohen and Hammer made sure to say the council was not placing blame for the school's problems on Stinebrickner.

"Not all of these challenges can be laid at the feet of our local school board," Hammer said, "and most certainly not blamed on one board member."

Regardless of the challenges facing the school board in the coming months and years, Sigworth expressed her confidence.

"I'm looking forward to the challenge," she said.

As a Putnam County Community Foundation board member from 2005-2010 and board president at the end of her term, Sigworth said she has dealt with the inner workings of a board and with making controversial decisions.

"I am looking forward to working with the other guys," she said. "I respect them all."

Sigworth has worked for the U.S. government for the last 31 years. For more than 22 years she has worked as an information technology specialist with the U.S. Department of Agriculture, International Technology Division.

The Greencastle High School graduate has been married to Jeff Sigworth for 17 years. Jeff is the technology director for Greencastle Schools.

Sigworth is the mother of 27-year-old Garett, also a GHS graduate.