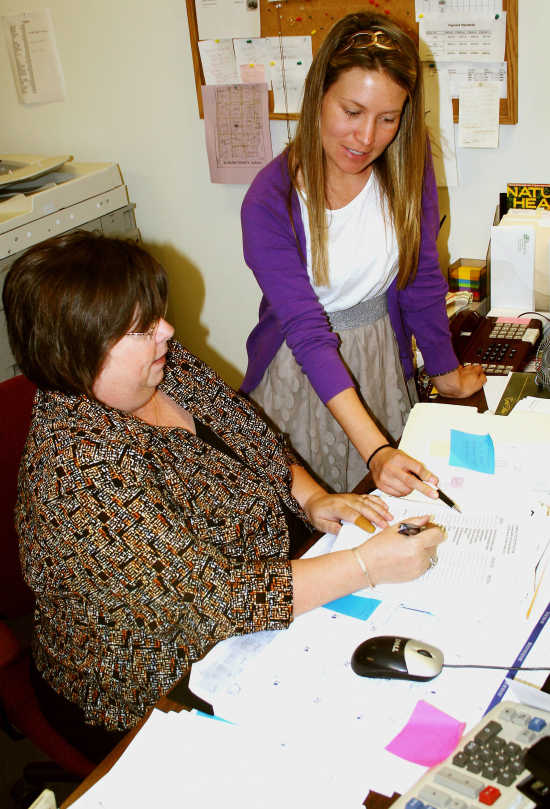 The Greencastle Housing Authority has a new executive director.

Nicole Christlieb, a 2010 Indiana State University graduate, was recently appointed by the GHA Board of Commissioners to succeed Debbie Zigler, who resigned from the position this spring.

Christlieb, born and raised just outside Fort Wayne in Churubusco, graduated from ISU with a degree in political science and legal studies and received her master's degree in public administration and non-profit management.

She spent the past year living in Alabama before learning from her old ISU roommate, Alia Hazel (current director of the Putnam County Tobacco Prevention and Cessation Program), the GHA was accepting resumes for the executive director opening.

Since accepting the position late last month, Christlieb has been busy "getting to know Greencastle and becoming familiar with all the information from HUD" (Housing and Urban Development) concerning a myriad of required reports from the federal government.

"We have to make sure we cross all our T's and dot all our I's," the new GHA director assured.

While her predecessor also oversaw operations of the A-Way Home Shelter in the same building at 309 E. Franklin St., that houses the GHA offices, Christlieb will not be dealing with the shelter.

A-Way Home has been closed since it stopping taking in families in need on Sept. 9, 2011.

A new volunteer board, Homeless Solutions Inc., has taken over matters concerning the shelter and has targeted Oct. 1 as the date for potentially reviving the shelter in some capacity.