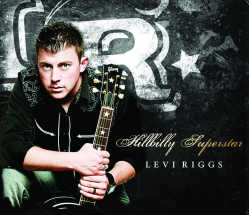 Also a member of the Overtones Gospel Quartet, which played the recent fair kickoff event, Riggs will play a solo country show at the fair.

Track seating will be allowed at the show, so fans are encouraged to bring lawn chairs.

Tickets will be sold beginning Saturday, July 21 at the blue ticket trailer at the fair. They may also be purchased by calling 721-3414.

Riggs founded his own label, Windridge Records, and named it after his family's Jersey dairy cattle farm. He signed with Flying Island Entertainment in 2012 to promote his music to country radio.

His current single on the label, "My Best Friend's A Girl," is climbing the country music charts.