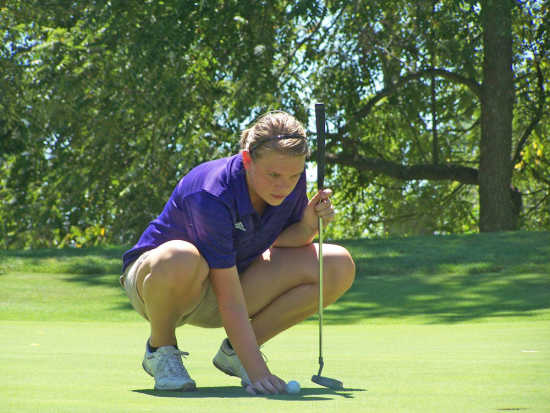 The Tiger Cubs navigated the ups and downs of Windy Hill for a score of 227, 19 strokes better than the Cougars' 246.

Kenzie St. Marie recorded a 49 to claim medalist honors for Greencastle, followed by a 57 from Liz Johnson, 60 from Lauren Bridgewater and 61 by Lokysa Scheuermann.

Josie Parent led North Putnam with a round of 55, with Ellen Wilborn carding a 62, Jessie Cox recording a 64 and Olivia Zarate scoring 65.

Greencastle head coach Brad Kingma said that the round showed the squad where they were in need of work but was also a solid outing.

"We're trying to figure out now what our weaknesses are and what we need to work on. Much like a lot of groups, we've got to work on the short game and putting," Kingma said.

"Kenzie has really improved over the last couple of matches. This was possibly the best match she's played in her career.

"When she started out, you could tell she was rusty but her short game looked pretty good today," Kingma added.

North Putnam head coach Linda Patrick said that coming to Windy Hill was quite a challenge early in the season.

"This is certainly a challenging course to come and play on this early in the season. We just haven't gotten enough practice time in before coming to a place like this," Patrick said.

"It helps for the next round because the course that follows is not filled with quite as large hills and valleys. We have to take each course one at a time and this one is a good challenge."

Patrick said that the course had its' challenges and would test the squad.

"Rockville has ups and downs but nothing like Windy Hill. The same ditch runs through the course several times so they'll have to practice hitting the ball exactly where they want it to go."