Characterized by the prosecution as a real-life Dr. Jekyll and Mr. Hyde, a former Roachdale physician has been sentenced to six years in prison for unlawfully dispensing narcotics to his patients -- sometimes in exchange for sexual favors.

Despite defense attorney Dennis Zahn's efforts to show Howell has suffered from frontotemporal dementia, a progressive neurological disorder caused by degeneration of the frontal lobe of the brain, Judge Headley decided the aggravating factors enumerated by the prosecution outweighed the mitigating factors the defense presented in the hearing. 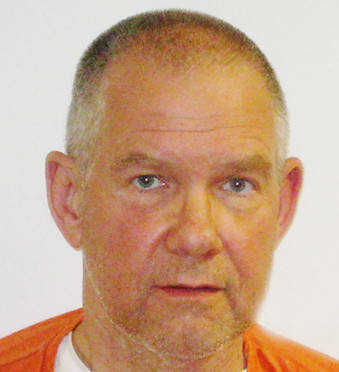 "Your lawyer makes a passionate plea for you, that's for sure," Headley told Howell, "but the problem is you placed these peoples' lives in your hands.

"You caused drug addictions to people," the judge continued, noting that one patient/victim was pregnant and gave birth to a child with drug addiction and another was so strung out on narcotics she "lost her family for a while" and entered into an illicit affair with Howell.

"You caused all these problems for these people. And," he added, "it's reasonable to believe you might have caused the death of one young man."

A Connersville woman, Linda Showalter testified to that effect Monday, appearing in court clutching a photo of her son, Rex Showalter, who died in February 2010.

Prosecutor Tim Bookwalter told the court Showalter died after overdosing on Methadone, Xanax and Oxycodone and aspirating on his own vomit.

His mother took exception to that characterization.

"He didn't overdose," she stressed. "He took the prescriptions he (Howell) prescribed for him. He trusted him."

Also testifying for the prosecution was a Hagerstown woman whose story followed "a common theme" shared by several patients interviewed by Gary Wisenand, the principal Drug Enforcement Agency (DEA) investigator on the case.

Providing tearful testimony, the woman described a relationship that began when Dr. Howell treated her for migraines and high blood pressure.

"He started by giving me hugs," she said, adding that physical nature of the relationship escalated right along with the dosage of her meds.

She ended up losing her job after being drug tested and having a drug she never knew she took show up in her system. In the meantime, she said Dr. Howell was "calling on the phone all the time," suggesting he could help relieve her stress.

"We ended up in a hotel room," she said between sobs. "He called it 'our sessions,' not a relationship. And at one point he said we were spiritually married, which he said was more important than a piece of paper."

She ended up losing her job, losing her family and losing her self-respect, the Fayette County woman testified.

Wisenand said all that was a familiar storyline among patients of Dr. Howell.

The defense tried to tie those situations to Howell's disease, which one doctor's report suggested began to manifest itself six to eight years ago.

"Dr. Howell is a different person today than he was 10 years ago," Zahn, his Indianapolis attorney, stressed. "Back then he was a small-town doc, conscientious, community-minded, involved in his church and his Bible studies."

He noted that Howell even took time away from his practice to go to Haiti 17 times on humanitarian visits.

"He was a man who took pride in his reputation," Zahn said. "But several years ago that began to change" and Howell began to exhibit some "rather odd behavior."

Zahn said Howell became burdened by obsessions and a lack of social judgment.

He would drink gallons of water a day and urged others to do so too. He began to neglect his personal hygiene and started repeating words and phrases over and over, the attorney told the court.

Today Howell can no longer work or drive a car and requires supervision on a daily basis, Zahn said.

Dressed in a lime green shirt with striped tie and dark slacks, Howell made only one brief comment at the 45-minute hearing. He told the court his illness progressed to the point that his staff took notice and "cornered" him, telling the doctor they thought he "had a problem."

A letter to the court from his wife, Linda Howell, stressed that he was not the evil person people think he is, and that his "mental illness has taken over his ability to be rational."

"Dr. Howell won't make it in a penitentiary," Zahn said, asking the court to consider a period of probation or Community Corrections for the former physician.

"Dr. Howell's not going anywhere," Zahn added. "He's essentially a prisoner now. He cannot go out. He must have supervision."

Prosecutor Bookwalter, however, took issue with the idea of blaming all Howell's actions on his mental state.

"We know he was having sex with a patient and drugging her up in 1991," he said, responding to the 6-8 year timeframe for the supposed effects of Howell's dementia.

"We have a Jekyll and Hyde here," Bookwalter added. "When he goes to that medical office, he becomes a different animal. Mr. Zahn says he forgets things but you know what he keeps straight -- the lies.

"He's able to go to Connersville and have a relationship (with a patient there) and keep all that from his staff."

He ordered Howell to report to the Putnam County Jail by noon Friday for transport to a DOC facility.

"In my job I fight drug dealing every day in Putnam County," he said. "But who would think that the biggest drug dealer we have was a doctor?"

As part of the plea agreement, Dr. Howell, who operated Tri-County Family Medical Clinic in Roachdale for more than 20 years, may never reapply for his medical license (currently suspended) and Drug Enforcement Administration (DEA) registration "during his natural lifetime."

As part of the agreement, Howell pled guilty to:

-- Count V, unlawful dispensation of a controlled substance, Oxycodone, in excessive amounts to a patient.

-- Count VI, Unlawful dispensation of a controlled substance, Clonazepam, in excessive amounts to a patient, including its use to facilitate sexual encounters.

-- Count XII, Unlawful dispensation of a controlled substance, Oxycodone, Methadone and/or Alprazolam to a patient in excessive amounts.

In exchange for the five guilty pleas from Howell, the state agreed to dismiss 10 other charges against him.

The probe also yielded reports of several alleged sexual encounters with a number of female patients to whom he had reportedly prescribed excessive doses of controlled substances.