New sound a winner for The Doc Marshalls 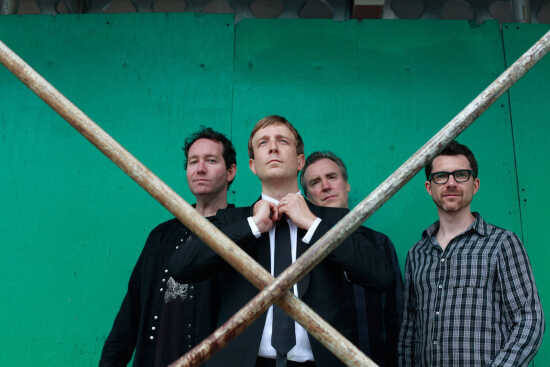 The Doc Marshalls -- Doug Clark, Nick Beaudoing, Jonathan Gregg and Terence Murren -- are able to take a big step forward while maintaining their signature sound on "Look Out, Compadre."

A move south and a musical roll of the dice are paying off for The Doc Marshalls, a favorite of this writer for years.

Formerly the purveyors of Cajun and honky-tonk music in the unlikely locale of Brooklyn, frontman Nick Beaudoing has moved south to Nashville and adopted more of a folk sound. His bandmates are along for the ride.

Certainly the accordion and occasional French lyrics of the first two albums are missed, but the gamble has worked out well for the Docs, who have produced their most polished release to date in "Look Out, Compadre," released independently earlier this year.

Immediately noticeable on the new record is the misleadingly upbeat "Why I'm Leaving." A delightful melody and some quick drum work by Doug Clark belie the story of a doomed marriage in its final days.

Husband and wife take their turns describing the failings of the union before the refrain of "... but that's not why I'm leaving."

The final product is at once troubling and peaceful. It's also a sparkling example of the Beaudoing's ability as a songwriter.

The title track kicks off the record and is another highlight of the 11-song set. Its description of a last stand and the doomed feeling of the narrator are a fitting way to start a record that isn't exactly a frolic in the park.

The use of fiddle, dobro and pedal steel on several songs, including "Pennsylvania" and "Light Rail," are a welcome nod to the band's roots on the first two records.

"You Must Have Loved Me," which comes late on the album, provides another interesting study in contrast. While reviewing the liner notes, I actually read the lyrics before listening to the song.

The message of a spurned lover is that his ex must have really loved him because of how terribly she's treated him since their break up. Taken without the music, it's about as bitter as a song can seem.

And then I tuned my CD player to the song. What I found was a rather whimsical, western swing number that treats the song almost as a comedy.

It turns out tone of voice is everything.

By taking a big left turn with a few subtle nods to their past, The Doc Marshalls have produced a wonderful record in "Look Out, Compadre." It's a worthwhile listen for fans of the old records and those who've never heard of the band before.