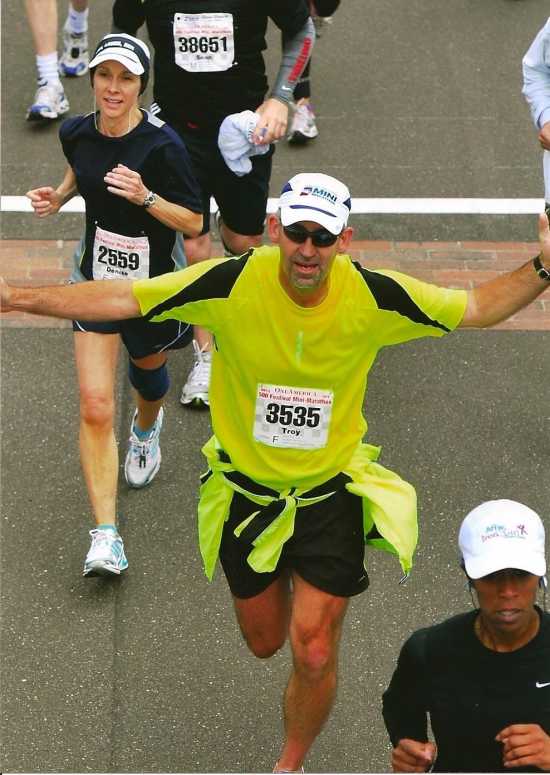 StoreHouse pastor Troy Trout is preparing for an ultramarathon that is to be run around Putnam County in October.

There are some people in this world who find a cause they believe in and try to actually make a difference. And, that is exactly what StoreHouse Pastor Troy Trout is trying to do.

Starting the first weekend in October, Trout will begin his journey of running 100 miles around Putnam County in what he is calling The Harvest 100.

Trout, born and raised in Greencastle, has done a lot in his lifetime, including mission trips to several different countries, including Portugal, Guinea-Bissau, Senegal and the Cape Verde Islands.

"When you get out and do all that you realize that, problems and issues are a whole lot bigger," Trout said. "I'm more of a big-picture kind of person."

The idea of running 100 miles around Putnam County came to him after reading the book, "The Circle Maker" by Mark Batterson. The book itself talks about the struggles of building a life and following your dreams within God.

"Just reading that book I was inspired," Trout explained. "It helps us to think about something beyond ourselves. I am doing this to try to raise the awareness of the church community as to the world that lives outside of the walls of the local church. "

A marathoner himself, Trout has been running for the past 10 years. He originally thought about taking this journey alone. However, he is now trying to get as many people as he can to participate.

"Originally this is something that I might just do by myself," Trout said. "So I was trying to think 'Okay can I do this?' I got in my car and I started driving and hit the odometer and I'm like, 'Man, this is a long way,' but I thought is it doable, can I do it?"

Trout's first thought was to do the journey within two days. However, after reading an article about two marathoners in their 60s who ran seven marathons in seven days in seven different countries, Trout knew he could try this.

"I got to thinking that it wasn't the point. The point is to try to have more of a big picture and focus and try to involve other people," Trout said.

"Matthew 9:35-37 states, 'When he saw the crowds, he had compassion on them, because they were like sheep without a shepherd.' Then he said to his disciples, 'The harvest is plentiful, but the workers are few. Ask the Lord of the harvest, therefore, to send out workers into his harvest field.' Unfortunately it becomes all too easy for the church to focus on itself rather than those outside of its walls."

People wishing to join Trout on his path do not even have to run the entire route. It is his hope to have a continuous chain of people accompany him throughout the journey.

"There is nothing like doing something like this to know what sacrifice is about," Trout explained. "It's a long-term process. It's bigger than you. It's about something that you probably can't do yourself. It takes a team effort." 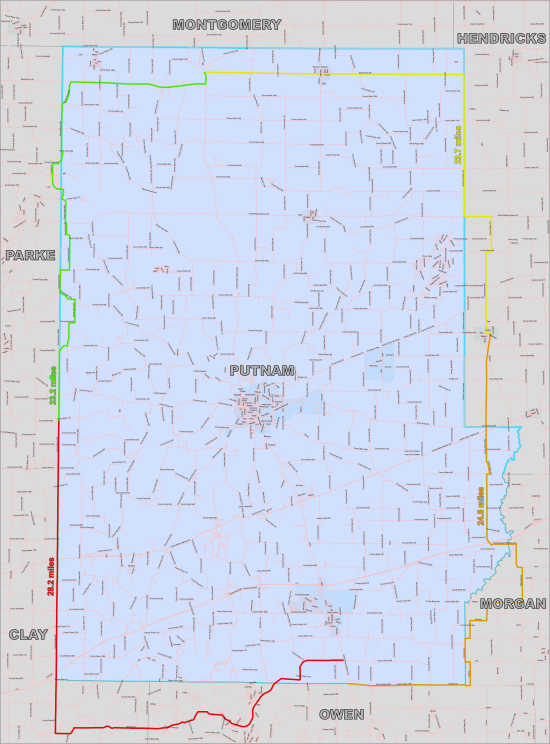 The run will be around 25 miles every Saturday. Each weekend the timing will switch between mornings and afternoons.

"I've been preaching a series of messages leading up to this," Trout said. "The four points are dream big, pray hard, think long and keep running. I am trying to get the church focused on those who are not a part of it, for a change. Changing that focus requires a great deal of effort and sacrifice. The Harvest 100 serves as a living metaphor of the commitment and sacrifice necessary in order to change that focus."

Trout noted that there are thousands of people in the county that do not have a church and no matter how many vans they have to help with passing out meals and taking people to church, it's just not enough to reach everyone.

Although, the church does take vans out to reach out to the children, $500-600 in gas only helps to bring food to about 200 children a week.

"This isn't about our church doing something at all," Trout said. "I'm trying to kind of start something, which is never easy. Especially when it's something crazy. But, it's just to let everybody know that it's bigger than you; it's bigger than Greencastle; it's really big issues that the county has."

"You have to think about the big, long-term picture," Trout said. "I think, being from Greencastle, and Putnam County that maybe you're a little bit more concerned about long term what things are going to look like."

In this economy, people call the church all the time looking for help with bills and with food.

"It's not about us, it's about everybody else," Trout said. "People are hurting. They are just in desperate situations. The needs are just so enormous and I wish we could meet them."

The StoreHouse is doing as much as it can to help with getting children involved and making sure they are fed. However, because one church cannot feed and help the whole county, Trout is always thinking and praying about how to meet the needs of people and the children.

"The needs in our county are overwhelming, but they certainly are not more than God can handle and there is no better placed or equipped method of doing this than the local churches of our community," Trout said.

"I don't know what will happen," he continued. "I know if I'm the only person running, then that's what I'm going to do. I really felt that this was a personal call and challenge for me. I guess I just felt so strongly about it that I thought, why not throw it out there for everyone else."

During parts of this journey people will be allowed to participate while riding a bike or walking. However, due to safety reasons Trout will not allow it during the entire trip.

"The goal that I have is to have everybody participating to be within the same half-mile or three-quarters of a mile," Trout said. "We would like everyone participating to stay close to each other."

For more information on the run or to sign up, persons may call 653-2744 or email troy@domechurch.com.