Phil was born Jan. 8, 1925 the son of Lyle and Mary Elizabeth (Thomas) Reinoehl.

He was a member of the 1942 Van Buren High School graduating class. 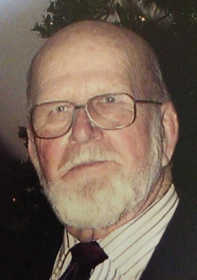 He was drafted into the United States Army Air Corps in 1944. Phil was based in England, where he served as a ball turret gunner on a B-17 during World War II. While he was serving, two of his brothers were also serving in the European Theater.

Following the war, Phil was a mechanic in Clay County area for many years. He worked and retired from Peabody Coal Co. in 1987.

Phil was a member of Church of Christ at McKinley Hill.

In his free time he enjoyed flying, fishing, hunting, gardening, spending time with family and friends, and his animals.

Phil started his flight training in 1950 with a GI bill, and he continued flying into his 80s. After retirement, Phil spent a considerable amount of

He was preceded in death by his wife, Edna (Hardesty) Reinoehl; parents; and children, Mickey Joe "Butch" and J Philip "JP."

Services will be conducted at 11 a.m. Wednesday, Dec. 5 at Lawson-Miller Chapel, Brazil, with Minister Rick Thomas officiating. Burial will follow at Calcutta Cemetery.

In lieu of flowers the family would like everyone to bring in a favorite memory, story or photo of Phil and Edna for the family to assemble a book.

Visit www.lawson-millerchapel.com to light a candle in his remembrance.