Jerry L. Thacker, 77, of Greencastle and formerly of Princeton, passed away on Friday, Nov. 30, 2012 at Methodist Hospital in Indianapolis. 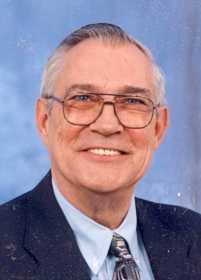 A member of the Princeton Lions Club since 1955, he was instrumental in chartering many new clubs throughout Indiana. He was Lions Club district governor in 1975-76.

Jerry was marketing director for the Princeton Telephone Co. and was owner/operator of Princeton Skate World. He then retired from the Mental Health Division of the Indiana State Department, Indianapolis.

He was preceded in death by his parents; sister Carol Thacker Sheridan; brother-in-law Don Sheridan; and daughter Brenda Thacker Hartman.

There will be a private burial at White Church Cemetery in Princeton.

Memorial contributions may be made to Lions Eye Bank and Research Center or the American Cancer Society.

Condolences may be expressed online at www.colvinfuneralhome.com