Jerry W. Mann passed away on Thursday, Jan. 3, 2013 at his home in Greencastle with his wife by his side.

After the death of his father on Aug. 8, 1944, his mother married Leonard Mann, who adopted Jerry and was a loving stepfather.

Jerry was a lifelong member of Amity Baptist Church, where he served many offices over the years. He most recently attended First Baptist Church in Greencastle, after moving to Greencastle in 2008. 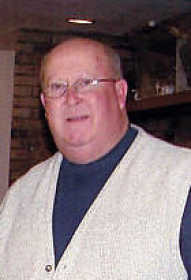 Jerry was a farmer and a truck driver, both for Roadway Trucking Co. and for himself in his own trucking company.

He later was employed by and retired from the State of Indiana Department of Correction as a water treatment operator.

Jerry was a 1961 Cloverdale High School graduate. He attended both Hanover and Indiana State Universities.

He was preceded in death by his parents and stepbrothers, Richard and Gordon Mann.

For several years Jerry enjoyed flying his Cessna Airplane and traveling in his motor home. The last four years Jerry spent the winter months in southern Texas, where he had many friends. He was in the choir and was the song leader for special events at the Texas RV Park.

Jerry could be seen all summer in the Cloverdale area, mowing with his Dixie Chopper. He enjoyed mowing and did so for the past 35 years.

As well as his family Jerry is survived by his Cocker Spaniel "Harley," who was always by his side.

The family will receive friends from 2-6 p.m. Sunday, Jan. 6 at the funeral home.