Born March 25, 1925 in Putnam County, he was the son of Harold Glenn and Elizabeth Edeline (Hurst) Clark and was a 1943 graduate of Fillmore High School.

He was a graduate of Franklin College, where he received his Bachelor's Degree in education and his Master's Degree from Indiana State University. 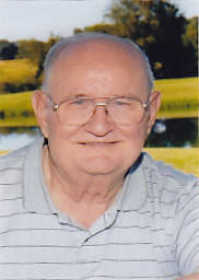 Burl was proud to have served in the United States Marine Corps from 1945-46 and always displayed the flag proudly.

He had taught from 1953 to 1957 at Fillmore and taught from 1957 to 1987 at Greencastle Junior High School. He had also served as principal for 10 years at Miller Elementary School.

He had served as scorekeeper at various sporting events for 27 years and received recognition at an Indiana Pacers game. He had also worked as a painter during the summer months.

Burl was a member of the First Baptist Church, Greencastle, retired Teachers Association, past member of the Kiwanis Club and an avid woodworker.

In addition to his parents and wife, he was preceded in death by a son, Myron E. Clark; two brothers, Ivan and Eugene Clark; and four sisters, Evaline Frank, Geraldine Runion, Madge Smith and Lucille Albin.

Funeral services will be conducted at 11 a.m. Thursday, Jan. 10 at Bittles and Hurt Funeral Home, Greencastle, with Mark Scott officiating.

Entombment with military honors will follow at the Pinelawn Mausoleum of Forest Hill Cemetery.

The family will receive friends from 4-8 p.m. Wednesday, Jan. 9 at the funeral home.

Memorial contributions may be made in memory to the Fillmore or Greencastle High School Scholarship Fund c/o the Putnam County Foundation 2 S. Jackson St. Greencastle, IN 46135

Condolences and expressions of sympathy may be shared with the family c/o www.bittlesandhurt.com.