The race is on for cycling champion Christina Paul 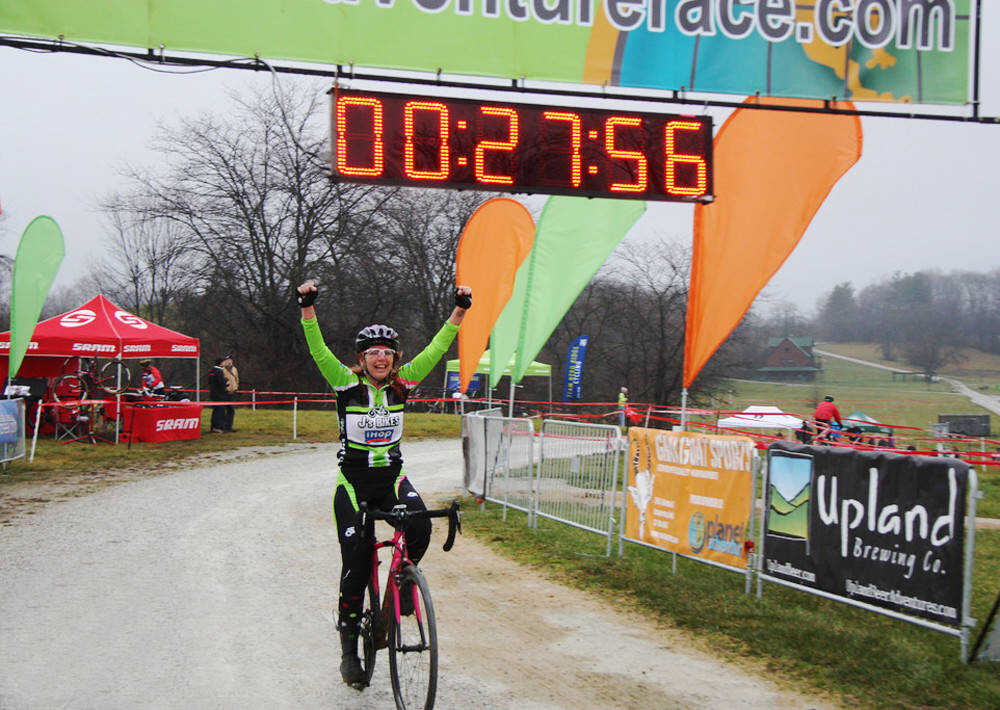 Greencastle resident Christina Paul never thought five years ago she would be riding a bike, let alone winning a state title in cycling, but she has done just that. Paul recently captured first place in the Indiana Cyclocross Cup.

Several years ago Paul decided to make a life-changing experience by quitting smoking.

"I gained about 30 pounds," she said. "I didn't like that, so I got my old bike out and started biking an hour a day.

"I lost 25 pounds in two months," Paul explained in a recent interview with the Banner Graphic.

Paul soon found a group of people who had found a love for biking like she had. The group that she got started with are also the ones who got her to come and watch a race in which they were competing.

"I was hooked after my first race," Paul exclaimed.

After that she started training and thought that having to keep up with a group mostly comprised of men helped her compete.

Paul took third in her first competitive race and has worked her way up from there.

"I finished three minutes behind the woman that won. That's a lot of time," Paul said as she told her story. "My goal was to beat her. At each competition my times went down 10 seconds here, 20 seconds there. Never did get to beat her since she went up a 'cat' (category)."

After earning first place at the Cyclocross Cup in December, Paul was ready for more cycling adventures in the new year.

"The next race I plan on doing is the Sub Nine Death March. My husband is my partner on this one," she said.

The Sub Nine-Death March is an orienteering race where partners are given location in which they must find and get to. There are extra locations participants are given, and if they get to these locations they can receive bonus points at the end of the race. 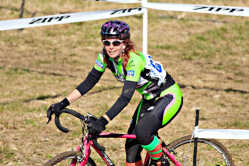 Five years after dusting off her old bike for the sake of getting in shape, Greencastle resident Christina Paul recently won the Indiana Cyclocross Cup.

Paul was excited at the prospect of tackling this race again, especially after her experience with it last year.

"I had the flu for 10 days before the race and it turned into bronchitis. I was on antibiotics and coughing the whole race," she remembered. " I was determined to be there."

Paul's dedication to cycling goes beyond just competing while sick. She is also promoting safe riding to the community.

Paul described many scenarios where she and others have been called names and cursed at for riding their bikes on the road. Paul went on to explain how cyclists follow the same road laws as other motor vehicles and how most people don't know this, especially the youth of the community.

"Kids get a bike and then just go out. No helmet and no knowledge of where to bike," she said.

Paul even stops when she's out riding to talk to people about bike safety and what steps they can take to be safe out on the road. She is also hopeful drivers will learn to look out for riders, too.

"We will be working to revitalize the mountain bike trails at Jaycee Park in the spring," Paul said of a project recently announced at the January Greencastle Park Board meeting.

Paul and fellow cyclists of Greencastle can be seen riding no matter what the weather or time of day.

With a message of health and safety, the state champion cyclist hopes to see many more riders out when spring arrives.