Winning by a hair: pre-wrap versus headbands 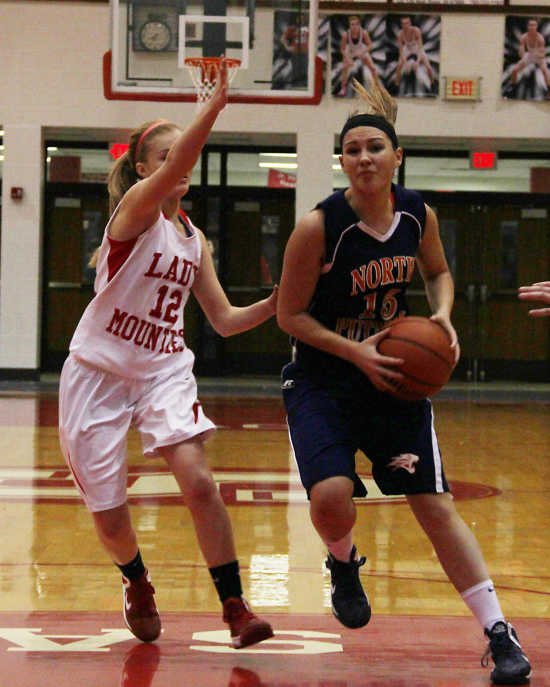 ROACHDALE -- When the North Putnam and Cloverdale girls' basketball teams clash tonight, the fans and coaches will have only one goal in mind: have the basketball drop through the hoop for us more than the opponent.

Basketball is a team game and when five players work together in synchronicity on the court, goals like winning the game are usually met.

But the players will each fight an individual battle, one that can divide teammates and fracture the pregame morale.

On this one topic, school pride takes a backseat to personal benefit. The battle not with the scoreboard, but with their hair.

"I use pre-wrap when I tape my ankles. I don't want it in my hair," North Putnam senior Cayla Kientz said. "I like headbands. The pre-wrap comes off my head and headbands stick better."

"I have three rolls of pre-wrap in my bag right now -- orange, black and maroon," Smith said.

Others, like NPHS senior Cassie Aynes and junior Bethany Wiatt, don't have much use for either. With longer hair and no bangs, a ponytail is sufficient enough.

"If I start the game with a headband, it falls off before the game is over," Aynes said.

Needless to say, Wiatt and Aynes aren't looking forward to the game next Friday when they and the rest of the team will where pink headbands to support breast cancer awareness.

The hair-restraining products shouldn't be an issue at all, but the pesky Indiana High School Athletic Association requires everyone's uniform to be ... uniform.

Headgear has to match the color of the uniform, and everyone has to be the same. If one player wears blue, so does everyone else.

For this reason alone, pre-wrap is a more sensible solution.

A three-dollar roll can last all season long -- more if the player uses the knotted strip for multiple games and practices. Most don't, but some do.

Players can pass the roll around in the locker room before games and get their hair taken care of quickly.

The problem is that what works for one doesn't work for everyone else.

Pre-wrap can be hairsprayed to stay in place, though not everyone sprays her hair.

"Normally I wear pre-wraps because they stay in better," NPHS freshman Taylor Nauert said. "If a headband has the grippy stuff it will stay in better."

Wide, elastic headbands work well for curly hair, but for others neither a headband nor pre-wrap will get the job done.

"The Nike (sweatbands) are the only thing that will stay in my hair," NPHS sophomore Brooke Smith said. "Pre-wrap, headbands, nothing else will stay."

Regardless of the technique, every girl has a system that works for her, though it can change over time.

NPHS JV coach Laura Blaydes wore a sweatband for every game in high school, then switched to pre-wrap when she played at IUPUI.

Aside from the economic difference, pre-wrap has another advantage to headbands; it's versatility.

A few extra years of experience has given Blaydes, a 2011 graduate of IUPUI, a chance to pick up a few extra pre-wrap tips.

"I double-layered it so it doesn't break," she said, mimicking stretching out pre-wrap and folding it overtop of itself before tying it.

The techniques are passed down from one class to the next; seniors sharing secrets with freshman.

Just a couple years ago Blaydes had to buy plain white on the Internet by going to what she called "middle-school websites."

Now, pre-wrap comes in a variety of colors and designs and is available at niche clothing and accessory stores.

There are other solutions, or combinations, that are out there for long-haired basketball players.

Several of the girls, speaking on the condition of anonymity, also said a deliberately placed bobby pin can help do the trick, but be careful.

"You're not allowed to wear bobby pins," one girl said.

"You have to hide them under your hair and pre-wrap is good for that," said another.

Whatever the product, when the game is on, function takes precedent over fashion. Like ill-fitting undergarments that require constant adjustment, hair can be a distraction during games.

Bangs can slip out and block vision. Tangles can bunch up and become uncomfortable. Anything it takes for an athlete to keep her hair in position and keep her focus on the game is what she'll do.

When it comes to pre-wrap versus headbands, the only winning side is the side that works.

Morgan Smith demonstrates her technique for tying pre-wrap for each game. Smith often prefers holding her hair back with headbands in social situations, but pre-wrap when it's time to compete. Pre-wrap is inexpensive and takes only a few seconds to custom-fit for each person by tying a single knot. (Banner Graphic/GRANT WIEMAN)

Note to readers:
1) By request, interviews with Cloverdale players and coaches have not been included.
2) Please don't take this story too seriously.