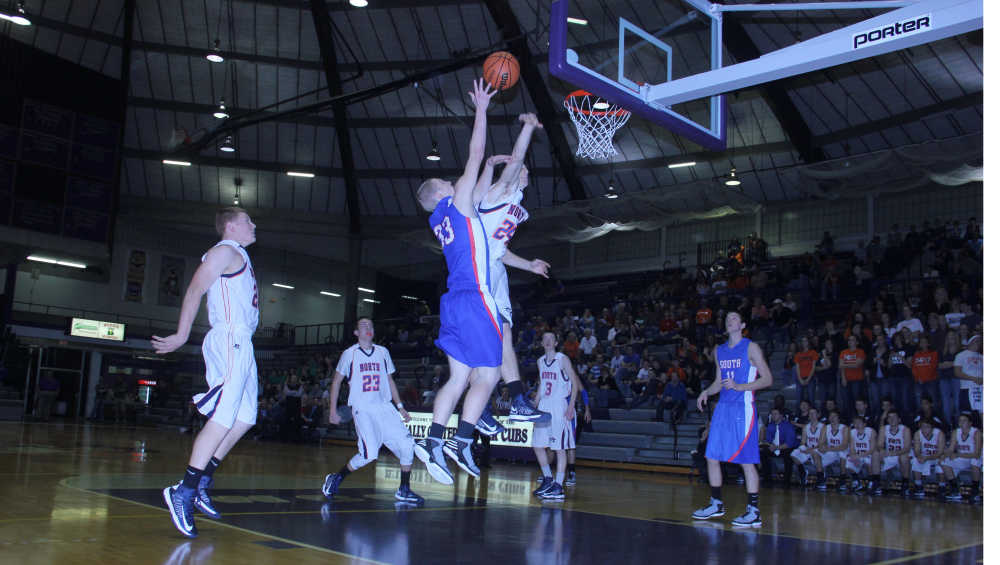 ROACHDALE -- Jameson Brewer doesn't sit back and stalk for blocks, as many weak-side shot blockers do. But when the opportunity presents itself, and when it's within his rotation, he's there to take advantage.

Brewer, a senior at North Putnam, was among the best offensive players in the county this season.

It was his defense, however, that put him above the pack and led to his becoming the 2012-13 Putnam County Boys' Basketball Player of the Year.

"He's a natural athlete, so he's got a lot of God-given ability," NPHS coach Nathan Martindale said. "The one thing that a lot of people don't see is the help-side defense. We worked on that a lot this summer. He made a lot of key blocks for us on the weakside, then him and (senior center Jake Haste) were able to clean up the mess on the rebounding.

"You can look at all the key stats, but when he had a good game we usually had a good game. And that's usually what you want with a player of his caliber."

It doesn't all come naturally. Brewer is diligent in the offseason and plays any chance he gets.

"In the offseason I worked pretty hard on my shooting," Brewer said. "I play as much as I can. Every weekend and if I have free time during the week we'll go play at DePauw."

There's more to it than that, of course. But Brewer is a quiet, lead-by-example type of player.

"He was there in the summer, along with a lot of these juniors," Martindale said. "His job was to be our experienced guy. ... That experience he was able to use and help our younger guys."

He'd rather make the right choice on a rotation, let his actions speak louder than words, than brag about it.

Brewer averaged 14.5 points and 9.7 rebounds per game this year. Both led the team.

"When he came in here in the summer between his sophomore and junior year, we really worked with him on his outside game," Martindale said. "In his senior year, he had to change roles just a little bit."

It wasn't all smooth sailing for Brewer. Though he's been an excellent three-point shooter in the past (42 percent last season) he got off to a slow start this.

Then, against Cascade on Dec. 15, he injured his shooting wrist. It affected his play the rest of the way.

Brewer adjusted and began to thrive, now as more of an inside presence.

"After the Cascade game when I injured my wrist, the shots kind of just dropped off the chart," Brewer said. "I just tried to focus on getting to the rim with the ball, going and getting rebounds and putting it back. I was just trying to get as close to the rim as I could."

For Martindale, having a player than can adjust his play on the fly, and reintegrate into the flow of the team, was a great benefit.

The Cougars put together a late-season six-game winning streak as they became accustomed to their new roles.

"We really started to make (Brewer) more of an interior threat," Martindale said. "The kids that are coachable will do whatever they've got to do to win. ... As the season progressed and he got a little bit injured, we were able to make an adjustment and he did what he needed to do to win some basketball games.

"Ultimately, I think that changed the course of where our season went. He was very much an instrumental part of that."

Brewers athleticism on the basketball court sets him above his competition, but he'll also have a chance to use it another way next year.

As a wide receiver to Gilliam's quarterback, the pair could combine for a Putnam County connection in Adrian, Michigan for the next few years.