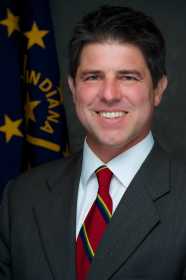 Sen. Bray is sponsoring House Bill 1186 in the Senate to make sure residents and landowners are closely involved in the process to determine whether or not a community becomes a town. That decision currently lies mostly with county executives.

HB 1186 would create a second avenue for incorporation of a town -- a voter referendum of residents that would be within the boundaries of the proposed town.

"Important decisions about how our local communities are structured and governed should be made by those most closely affected -- the people who live and work in the area," Bray said.

"Shifting more of the decision-making power into the hands of the people will enable residents to decide for themselves whether they will benefit from becoming an organized town," the state senator added.