Born March 26, 1927 in Bainbridge, he was the son of Jasper and Stella (Lewellan) Proctor and was a 1945 graduate of Bainbridge High School. 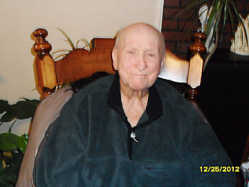 Eldon had retired from IBM Corp. and previously worked at Maplehurst and Allison's. He had also farmed for several years.

He was an avid golfer and "snowbird," having spent several winters in Sebring, Fla., with his wife.

The family will receive friends from 4-8 p.m. Tuesday, April 2 at the funeral home.