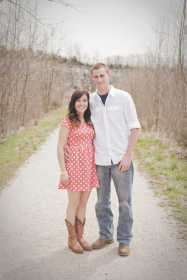 Kyley Brown of Fillmore and Nolan Lewis of Greencastle have announced their engagement.

The bride-to-be is the daughter of Wesley and Lori Evans. She is a 2010 graduate of South Putnam High School. She studied dental assisting but is currently working at Dixie Chopper in Greencastle.

The groom-to-be is the son of Robert Lewis and Rob and Missy Wright. He graduated from Greencastle High School in 2010. He is working at SCI REMC in Martinsville as an apprentice lineman.

The couple plans to be married Aug. 24 at Millgrove Campground.