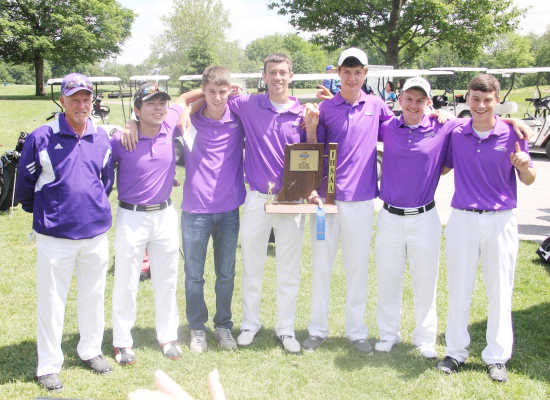 CRAWFORDSVILLE -- The Greencastle boys' golf team knew it had dodged a mammoth challenge when it was moved to the Crawfordsville sectional for this season.

The Tiger Cubs didn't know it would pay off with their first sectional championship since 1989.

"It's pretty cool," GHS junior Tanner Dean said. "You don't think much about it at the time it happens, but looking back I think this is going to be a pretty cool day." 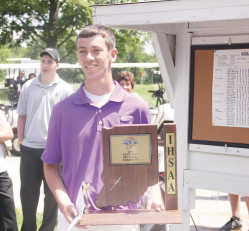 Dean led the way for GHS by shooting a six-over 77, good enough to become the medalist and individual sectional champion.

"I really didn't feel any different than any other day," he said. "I made some good swings early on and got off to a good start. I had a pretty up-and-down round. I'm hoping to kind of mellow that out for regionals.

"I'm a little (happy), but you've got to look forward. You've got to get it done at regionals."

Dean is the only Greencastle golfer who has previously played the regional course, Washington's Country Oaks.

While the Tiger Cubs were excited about their win, the team also knew they would need to make significant improvements if they hope to make noise at regionals.

Greencastle's team score of 320 was good enough to win at Crawfordsville, but the squad would have finished seventh with that score if they played at Martinsville, the sectional GHS was in up until this year.

"We've been stuck in Martinsville for the last 20 years ," Paquin said. "It feels good because we ended up being the best team. ... You can't be disappointed, no matter what the score, as long as you ended up being the low-scoring team.

"We could have played better, but so could have a lot of the other teams."

Coming in right behind Dean was another Greencastle junior, Luke Brotherton.

Brotherton shot a 79, which put him second on the team and at the tournament.

The Tiger Cubs will depend on their depth on Thursday.

"I'm hoping we can play well at the regionals," Dean said. "I have no doubt that some of our better players can score better than they did today."

For the Tiger Cubs, a sectional championship this season may just be a precursor to more postseason success.

The young group has just one senior, Otaki, and they'll benefit greatly from the experience of the regional tournament on Thursday.

Golfers begin teeing off from Country Oaks on Thursday at 8:30 a.m. 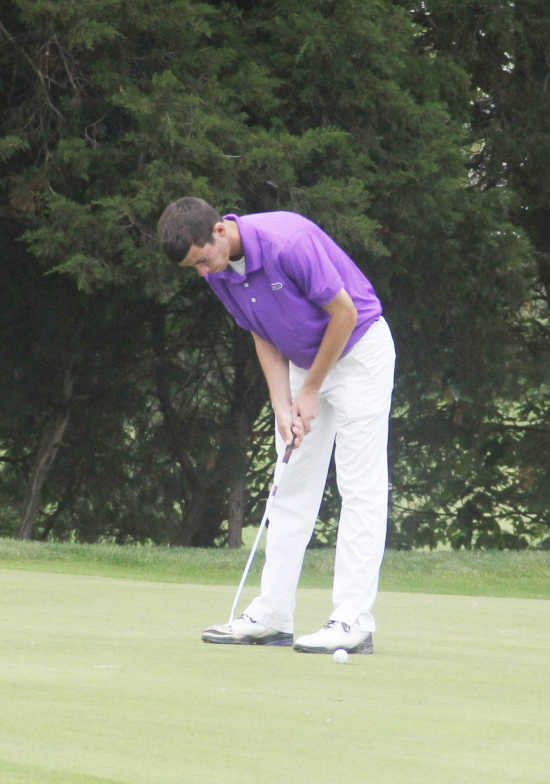 Greencastle junior Tanner Dean closes out his day with a par putt on the final hole. Dean finished his day at 77, the best score at the Crawfordsville sectional. (Banner Graphic/GRANT WIEMAN)