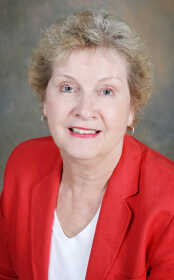 Monday's meeting of the Putnam County Commissioners opened with a sobering announcement from the president of the board.

Due to a current medical issue, Nancy Fogle announced that she was stepping down as president of the board, saying at this time she needs to put her energy toward her health.

"I need to reserve my strength for that," Fogle said.

Fogle will retain her seat on the board of commissioners. She has simply relinquished her role as president.

The District 1 commissioner had missed the June 3 meeting for an undisclosed reason.

While not going into the nature of her illness, Fogle said she felt the county would be better served at this time if Don Walton, with his previous 16 years of experience as a commissioner, took over the presidency.

With David Berry nominated to serve as vice president, the motion passed unanimously.

After Walton and Fogle traded seats at the table, the meeting continued with a number of routine matters.

Like the first meeting of June, the matter of applying oil to gravel roads for dust control was presented. While the application of the oil by an outside contractor was already addressed, the possibility of a county match in paying for the service was discussed.

Loren Hoopengarner, who is applying the oil, said he had about 25 customers who had agreed to pay for the oil outright. He said an additional 50 or 60 homeowners were interested if the county would split the cost.

It is a program the county has taken part in previously, and all three commissioners were in favor of doing something to assist.

In the end, the commissioners agreed to split the cost with residents 50-50, with the county not spending more than $15,000.

The commissioners also agreed to the annual contract with the Greencastle-Putnam County Economic Development Center for $32,500.

The amount, which remains unchanged from recent years, had already been tentatively agreed upon in February, but could not officially pass until the adoption of the 2013 EDIT plan.

* The commissioners approved a request by James Champion to recite the Declaration of Independence on the courthouse steps on July 4.

Champion made the same request last year, and he reported that the event was successful in 2012.

"Thank you very much," Walton said. "We appreciate your effort."

* Walton was appointed to the board of Western Indiana Workforce Investments.