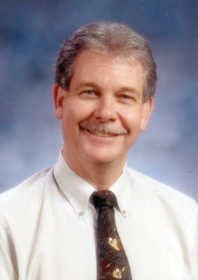 BAINBRIDGE -- After much hesitation from the school board, North Putnam High School Principal Alan Zerkel had his retirement approved for after the 2013-14 school year at the board's meeting on Thursday.

The reason for the early announcement is so that the corporation can find a candidate to fill Zerkel's position. More information about Zerkel and his retirement will be in a future Banner Graphic.

North Putnam School Corporation Superintendent Dan Noel also brought forth to the school board a list of proposed projects for the 2013-2014 school year.

The list of projects given to the board to review included the purchase of new computers and printers for the new graphic design program at North Putnam High School, a new roof for the middle school and upgrade for teacher's computers. Noel pointed out to the board that the corporation hasn't kept up with technology plans.

The list of improvements would be funded from Qualified School Construction Bond (QSCB) funds, which will come in around $2 million.

These funds are allocated to schools to help with the rehabilitation, repair and equipping of the schools. The board will discuss what to do with the funds at future meetings.

The board also received a report from Jason Chew, assistant principal at North Putnam High School, and Scott Spencer, principal at Roachdale Elementary, on the curriculum for the schools.

The curriculum committee for the corporation has come up with a revamped curriculum for the math department for grades kindergarten through algebra two. The curriculum also includes a resource for parents so that they may know what their child should be learning each year.

Then Chew and Spencer told the board that the committee will start working on the science and social studies curriculum next year.

The board was apprised of the start of the new roof for Bainbridge Elementary. Updates of progress will be given to Noel from Ensley Systems and OMS as the project continues.

Noel asked the board for permission to hire two part-time employees to help with data base entry in the administrative office. The jobs will be part-time, entry-level positions with one being a five-day-a-week job and the other being a two-day-a-week position. The board approved Noel's request.

- Chew told the board that the Indiana State Police would be using North Putnam High School on Friday, June 28 at 10 a.m. for a training workshop and demonstration activity. This workshop will help prepare personnel in case of an active shooter or armed intruder were to come on to school properties.

- The corporation also received the State Connectivity Grant of $5,460.

The next North Putnam School Board meeting will be held on Thursday, July 18 at 7 p.m. at the administrative office.