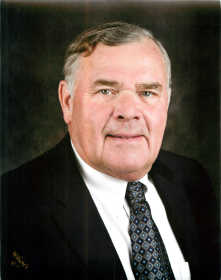 The Indiana Chamber of Commerce handed out scores Tuesday to all 150 state legislators for their voting records on pro-economy, pro-jobs legislation during the 2013 General Assembly.

District 44 Rep. Jim Baird (R-Greencastle) received an 83 percent pro-jobs rating from the Chamber. This brings his two-year averaged to 89 percent.

District 37 Sen. Rodric Bray (R-Martinsville), who represents much of the south half of the county, received an 86 percent pro-jobs voting rate.

District 24 Sen. Pete Miller (R-Avon), representing the north end of the county, rated at 79 percent pro-jobs, according to the Chamber.

Both senators were serving their first session as legislators, so the two-year averages do not apply.

The numbers were released in the organization's annual Legislative Vote Analysis.

The 2013 scores ranged from 44 percent to 100 percent. House Speaker Brian Bosma (R-District 88 of Indianapolis), who votes at his discretion and therefore was scored on fewer bills, was the lone 100.

The highest full-time voting record for 2013 was Rep. Ed Clere (R-District 72 of New Albany) at 97 percent. The top senator was Joe Zakas (R-District 11 of Granger) at 87 percent.

Last year, there were 15 legislators with 100 percent.

The reason for the slightly lower vote scores overall is the type of public policies on the docket, observes Indiana Chamber President and CEO Kevin Brinegar.

"The issues in 2013 were more complex and less partisan in nature," Brinegar said. "Two examples involved the Common Core academic standards and the ratepayer protection for the Rockport synthetic natural gas plant. Both were highly complicated -- containing various provisions -- and had significant supporters and opponents in both parties. This could very well be a sign of things to come."

All scores and the full report are available at the Indiana Chamber's web site at www.indiana-chamber.com/lva.

A total of 19 legislators also received a star designation for their significant efforts on issues deemed of critical importance or their overall leadership. Among them were Speaker Bosma and first-term House Minority Leader Scott Pelath (D-District 9 of Michigan City), who together championed the Indiana Career Council legislation.

"He (Pelath) brought a breath of fresh air to the House and it was noticeable," Brinegar said. "From our perspective, things were much more focused on policy issues than political issues."

New this year in the vote descriptions is a 2025 icon next to those bills that directly reflect the goals contained in the Indiana Chamber's long-term economic development plan, Indiana Vision 2025.

"We do the Legislative Vote Analysis to keep Hoosier employers and citizens informed about what's going on at the Indiana Statehouse and how their legislators are voting on issues vital to Indiana's economic future," Brinegar said. "This report makes it clear which legislators support pro-job growth and pro-business issues, and which legislators do not."

Legislators who score 70 percent or greater for the most recent two-year voting period are eligible for endorsement by the Indiana Chamber's political action committee, Indiana Business for Responsive Government.

Bills used in the report were selected based on their significant impact to the state's economic climate and workforce. Lawmakers are notified of the Indiana Chamber position and reasoning on these bills through various communications during the legislative session -- and prior to key votes being taken. Only floor votes for which there is a public record are used in the Legislative Vote Analysis.

Copies of the Legislative Vote Analysis report are sent to all legislators and Indiana Chamber board members, and made available online for all businesspersons, community leaders and citizens.

This marks the 29th year the Indiana Chamber has measured state legislators' voting performance on bills that reflect the organization's public policy positions.