WWII Navy veteran recalls his time as an aviation machinist 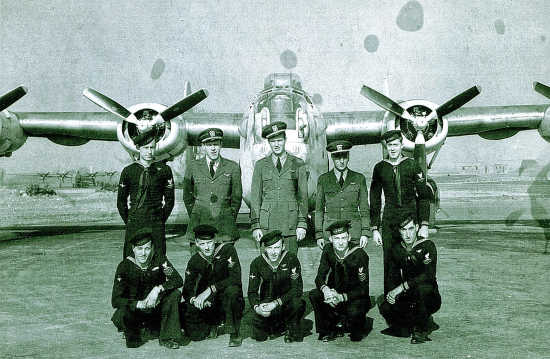 Not many World War II veterans bring back happy memories from combat zones that raged throughout Europe. But 90-year-old Navy veteran Don Wilson still has some memories that make him smile.

Wilson, originally from Trafford, Pa., decided to join the Navy when he was 20 to follow in the footsteps of his father, who had fought in World War I.

It August of 1942, at the age of 19, Wilson first went to join the Navy. However, his plans were put on hold, as the Navy was not taking any recruits for a while due to lack of space.

"They told me that they didn't have any room in any boot camp for any more recruits for a while," explained Wilson. "They said there would be a new boot camp open up in Bainbridge, Md. They asked if that would be all right with me and I said sure. I figured I'd have a party every weekend until then."

Wilson, who was 20 years old at that point, waited two months to go to Maryland and was part of one of only three companies that went to boot camp at the new facilities.

The new camp had no concrete or blacktop, just mud.

"The third day we were there a guy died of spider meningitis," Wilson recalled. "Then we were quarantined for 30 days. Nobody came in and nobody left unless it was an emergency. Thirty days we did nothing but read the blue jackets manual. It was really something." 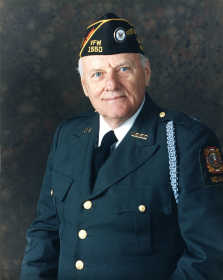 Wilson noted that during his entire time in the Navy as an aviation machinist or gunner, not once did he see or fire a rifle.

"We had experts teach us about small arms. They said if they were far away to throw the gun at them it would do more damage," Wilson said laughing. "Never in my time during the Navy did I shoot a rifle."

Following his time in boot camp, Wilson then traveled to Jacksonville, Fla., and attended aviation machinist school for five months.

"They gave us a great big box full of engine parts," explained Wilson. "We had to build that engine and try it out in a testing area. We hoped like heck it started."

Wilson, along with his squadron, learned everything there was to know about the airplanes they would soon fly in, which included attending the Norden Bomb Site School to learn how to drop bombs accurately.

However, it was in Pensacola, Fla., where Wilson went through some of the most important training, at an ariel gunnery school, which would help him in his journey overseas during World War II.

"They had a half-mile oval track," said Wilson. "They had a car run by gasoline engine that had a seat on it. We had a shotgun and they had eight high houses and eight low houses. You went around that track at 30 miles-an-hour and you didn't know which way they were going. That was my first time shooting a skit."

It was until Wilson and his squadron hit the Oceana, Va. base that they got their first airplane.

"We got our first airplane, but the thing is, is that they didn't have enough airplanes," stressed Wilson. "Every time we got an airplane we would take it around. They were made for the Army. However, the Navy didn't like the Army radio. They (the Navy) didn't like their guns, turrets or radar. We had to fly it around to get it all changed then they'd ship it overseas. Then, we didn't have a plane again."

It was his squad's job to rejuvenate the planes and put them in Navy style then send them overseas, but it wasn't until late 1943 when Wilson and his squadron traveled to Miami that they were shipped overseas.

"We took the southern route to North Africa" Wilson recalled. "I was nervous at first, but then it was just standard operating procedure. After a while, we'd hope we would just see some submarine so we wouldn't die."

Wilson and his squadron flew all over Puerto Rico, Brazil, England and North Africa.

"Our main deal was anti-shipping and anti-submarine," said Wilson. "We were after the German wolf pack U-boats and any unfriendly ships. We flew over water."

During his time abroad, the crew would fly in and out of several different ports frequently, monitoring the waters for suspicious activity. 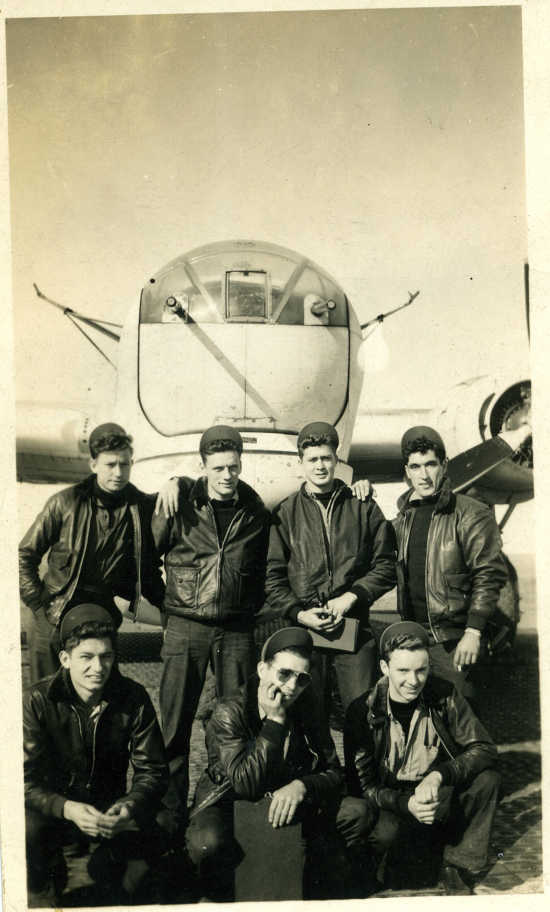 During his time in the Navy during World War II Don Wilson (back row, second from left) learned everything there is to know about aviation from building an engine to ariel gunnery. Don's squadron consisiting of Vernon Commander (bottom, left), Homer McCabe, J. "Red" LaFontanine, Tex Killingsworth (back, left), A. Eaton and Frederick Krimm.

"Our main job in the Atlantic Ocean was covering convoys," said Wilson. "We'd go out and fly a grid around them. We'd go out there at 6 a.m. and come back at 6 p.m."

Although Wilson stated that they didn't see many submarines there was one in particular he remembers vividly.

"We saw one submarine but he took off," Wilson recalled. "We dropped death charges. After, they'd have their torpedoes shoot up. One of them was full of garbage to make it look like they'd been shot. We couldn't tell whether or not we hit it, but we'd always hope we did."

The crew was never certain if they had hit the Germans or not, but it was their job to keep the submarines under in hopes that the troop carriers would make it across safely. By doing this he felt that they were saving lives because it kept the Germans under, thus protecting U.S. soldiers.

"In England we flew to Bay of Biscay because the Spanish and the Portuguese, we accused them of supplying German U-boats with fuel and food," said Wilson. "We'd get down there and check. We had an airplane down there almost all the time."

Each week the squadrons were on a set routine, which was fly one day, off the next day and be on standby the third. Every seven weeks however, they were allowed to take seven days leave except if you were in Africa, in which leave was not allowed.

Daily life consisted of the squadrons waking up at 4 a.m. and ordering whatever they'd like for breakfast, something that Wilson thought fondly of -- the squadrons were treated well. Planes would take off at 6 a.m. and fly anywhere from 10-12 hours depending on the weather.

When on the ground, Wilson would spend his free time shooting. In the air, it was all business making sure the waters were safe. The entire time the planes never flew over 500 feet.

"Those poor soldiers. If we were going out to a convoy we'd radio out to the convoy to tell them that we were coming in," Wilson recalled laughing. "If there was clouds we'd stay above the clouds and when we'd get over the convoy we'd dive down. Those poor soldiers were out there on the decks and here comes a bomber. So, they'd dive down below deck. We'd fly back again and wave to them. We made their day."

After nearly two years abroad, Wilson was sent home from Port Lyautey, Morocco in November of 1945. 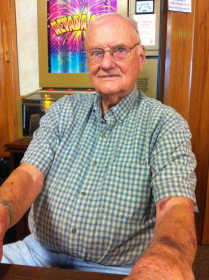 "It took us nine days to come back to Norfolk, Va.," said Wilson. "I had a footlocker and I filled it full of stuff that I wanted to go home with. I mailed it to the base. However, when I got home they had broken into it and took everything but a summer flight suit. I had my logbook, everything in there."

Following his time in the Navy, Wilson attended Utah State University and got a degree in agronomy and went on to work for a soil conservation service for 41 years.

With the recent passing of World War II Army veteran Helen Hurst, Wilson has now become the oldest member of the Greencastle VFW. Wilson is also the oldest person on the VFW honor guard, which is a great honor to him, giving back to those that have served.

If one has ever have been to a VFW funeral, at the court house on Veteran's Day or a cemetery on Memorial Day Don can be often seen playing tap's.

When asked "if every person should have to serve in the military, Wilson agreed with fellow veteran Hurst saying that it is a great experience and teaches people a lot of things such as discipline.