He was born July 29, 1942 in Linton to the late William Roscoe "Jack" and Norma Lee (Byrd) Bennington. 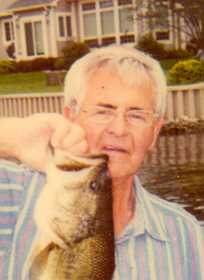 Mr. Bennington was a graduate of Central High School in Mississippi and received his bachelor's degree in electrical engineering from Phoenix (Ariz.) College.

He was a self-employed building contractor and owned and operated Omega Development in Danville, retiring in 2003.

He was a member of the Spring Lake United Methodist Church, Sebring, Fla., and the Masonic Lodge and Shrine Club, both in Phoenix.

He enjoyed fishing, time shared with his family and traveling.

He was preceded in death by his parents and two brothers, William Clayton and Bobby Wayne Bennington.

Memorial contributions may be made to the Northview Christian Church Homeless Ministries, 623 N. State Road 39, Danville, IN 46122.

Condolences may be shared with the family at www.nealandsummers.com.