He was born in Marion County Jan. 9, 1932, the son of Arthur and Jessie (Watson) McKinney. 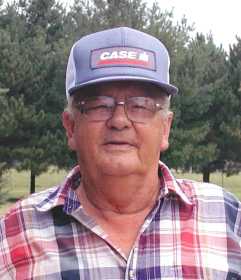 He and his family moved to Poland, Ind., when he was nine years old. There, he worked on the family farm until he turned 18 and gained employment at Allison's General Motors. He worked for GM for about two years before joining the U.S. Army in 1952. He was honorably discharged as a corporal in 1954.

On June 14, 1959 he married Lois Strain at Canaan Church in Eastern Clay County.

During his retirement he spent much of his time cleaning and keeping up his family's farm. This experience gave him what he called a "master's in mowing degree."

From time to time he would attend the Community Missionary Church in Brazil.

In addition to his parents, he was preceded in death by his brother, Bernard McKinney, on June 25, 2013.

Burial, with military tribute provided by the members of the American Legion, Veterans of Foreign Wars and the United States Army, will follow at Croy's Creek Cemetery.

Visitation will take place at the funeral home 4-8 p.m. Sunday.

In lieu of flowers donations may be made to the Community Missionary Church.

Visit www.frenchfuneralhome.com to light a candle in his memory.