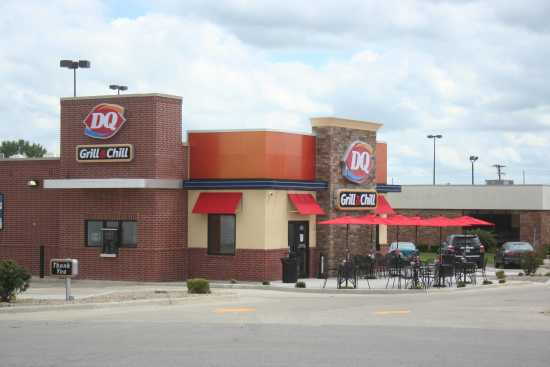 People will have another option when it comes to breakfast, lunch, dinner and a frozen treat on Wednesday. The Dairy Queen Grill and Chill will open its doors on Wednesday, July 17 at 5:30 a.m.

The new General Manager Michael Friars is a Greencastle native and has been working for the company for the past two and a half years.

"I think that this will be good for the area," Friars said. "We have already had a lot of interest."

The new Dairy Queen is part of a franchise are that comes from the Indianapolis and Fort Wayne area and that consists of 14 Dunkin' Donuts and 15 Dairy Queens.

The Greencastle Dairy Queen has been a thought for the franchise for the past year Friars informed the Banner Graphic.

This new addition is part of a global brand of 5,700 stores that started in Joliet, Ill. in 1940 and now spans 19 countries.

This is the second Dairy Queen that has been in Greencastle. The first went up in a blaze several years ago following the same fate as the DQ in Cloverdale. The new Dairy Queen is located in the Putnam Plaza at the former Sonic location.

The new establishment offers a wide variety of seating from traditional booths and tables, an area were customers can "chill" on love seats and arm chairs and an outdoor sitting area.

The new Dairy Queen will also be offering customers its regular menu items and will also be serving breakfast to patrons.