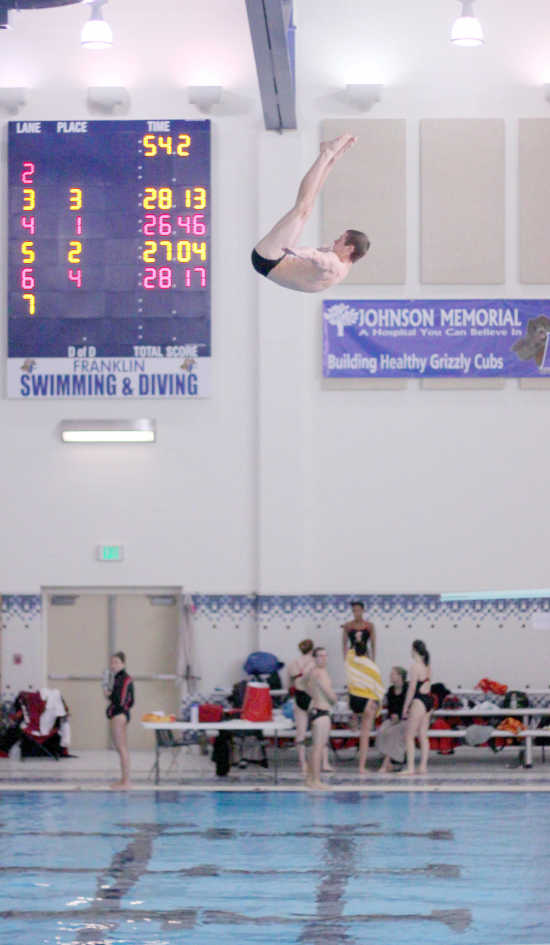 The 19-year-old said it's good to meet new people, but there are more meets at the collegiate level, which means more travel time.

"Traveling is traveling," he said. "There aren't as many meets during the week, which is nice."

And Gould travels more often than most. He commutes from Greencastle to Rose-Hulman and works a full-time job.

While the traveling can be exhausting, the time spent with his teammates make up for it, Gould said.

"I really enjoy being that close to your teammates," he said.

Not only does he have the opportunity to spend time with teammates, but he can meet divers who compete in Division I and II schools -- some of them from Big 10 schools.

"You get to dive with people you watch videos of," Gould added.

Another difference between the collegiate level is everyone helps each other.

"You never expect them to help you improve, but they do," he said. "In high school, it's all about being the best diver -- and not going to share -- it's like a top-secret company. Once you get to college, everyone is there because they want to do it -- having fun and enjoying it."

Gould's end goal is to go to nationals, but he's done well as a freshman.

He is undefeated in Division III, and won a conference championship this winter. He even beat a competitor from a Division I program.

"Not very often do you get an athlete that comes in as a freshman that does good enough to win a conference championship," Keith Crawford, Rose-Hulman's head swimming and diving coach, said.

"He's just happy to get the coaching that he can, I think," Crawford said.

Next year Gould plans to do more difficult dives to increase his score, which can be scarier.

"That's the point," he said. "You just don't want to smack -- smack as least as possible."