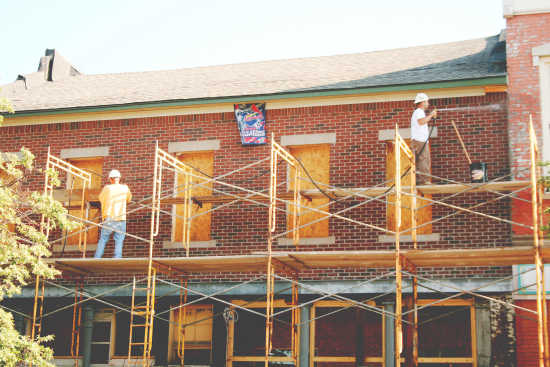 After 11 months of working, watching and waiting, facade work on Almost Home restaurant and Swizzle Stick bar and grill is nearing completion on the north side of the courthouse square in Greencastle. Workmen from Advanced Restoration Contractors put the finishing touches on the new brick facade Thursday as the arrival of new window glass for the businesses is awaited next week. The Almost Home brick work, a portion of the Stellar Grant facade project, was significantly delayed after removal of the old storefront last August revealed a total lack of brick beneath the old false front. With work nearing an end, workmen on the project couldn't resist hanging a St. Louis Cardinals championship banner (note top of photo) from the top of the building to prank Almost Home owner Gail Smith, a rabid Chicago Cubs fan who features Cub photos and memorabilia inside the Swizzle Stick. 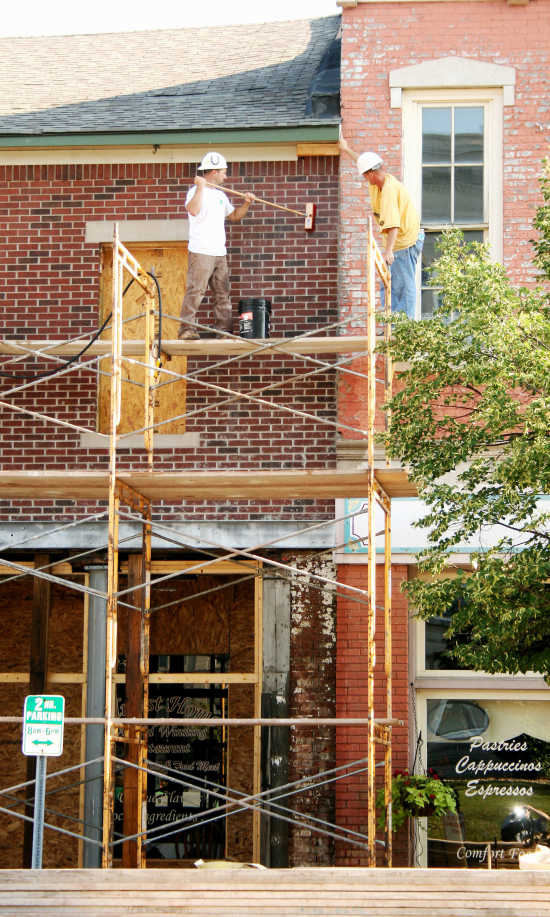