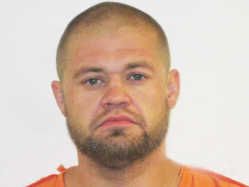 Three suspects arrested earlier this week in the latest Putnam County methamphetamine bust each could face up to 34 years in prison and as much as $40,000 in fines if convicted of all charges.

The three are facing four identical charges in the aftermath of their noon Wednesday arrests following a traffic stop at Veterans Memorial Highway and South 10th Street in Greencastle.

Charges enumerated in court Friday by Judge Bridges are:

-- Possession of methamphetamine, a Class D felony, punishable by 6 months to 3 years in prison and a fine of up to $10,000.

The incident unfolded Wednesday after Sage was pulled over for a minor traffic stop, which led to an investigation of a rolling methamphetamine lab. 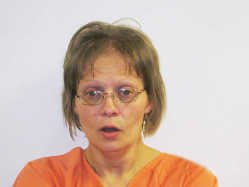 Indiana State Police troopers from the Putnamville District Meth Suppression Team had reportedly been conducting an ongoing investigation of the suspects for about the last 30 days, officials said.

"Upon my approach, I could smell the overpowering smell of ether from inside the vehicle," Trooper Edwards noted in the probable cause affidavit.

The odor of ether, commonly associated with the production of methamphetamine, grew even stronger as he talked with the suspects, Edwards reported, causing troopers to suggest Sage and his passengers were harboring a rolling meth lab inside the pickup.

"At that point, Charles (Sage) turned and looked at me and said, 'Man, there is an active 'one-pot' under the back seat,'" Edwards added.

Upon further investigation of the vehicle's interior, troopers found a green plastic bottle containing a clear liquid with metallic flakes and a granular substance. It reportedly tested positive for meth in a field test.

At completion of the meth-production process, the rolling lab could have yielded approximately two grams of methamphetamine, officials said. 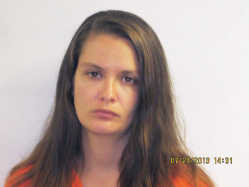 They also discovered an Ithaca sawed-off shotgun (with an altered barrel less than 18 inches long) and a bulletproof vest under the back seat of the truck.

Among the illegal precursors also said to be in the suspects' possession were such meth-making staples as 10 grams of pseudoephedrine, lithium batteries and coffee filters.

In court on Friday, Judge Bridges appointed Eddie Felling to represent Sage, setting an 8 a.m. Sept. 11 pretrial conference and ordering the suspect held without bond at the Putnam County Jail. Sage also faces a probation violation as a result of his latest arrest.

Buis, meanwhile, is being held on $30,000 cash bond. Cheryl Danberry was appointed as her legal counsel with a Sept. 11 pretrial conference as well.

Shalayev, also held on $30,000 cash bond, will have Joel Wieneke as her court-appointed lawyer. She, too, will have an 8 a.m. pretrial conference on Sept. 11.