One of the most heavily traveled sections of roadway in Greencastle will be getting a facelift yet this summer.

The portion of Indianapolis Road between the stoplight at Taco Bell (10th Street/ Warren Drive) and the stoplight at the entrance to the old Mallory Capacitor plant property (State Road 240/ Veterans Memorial Highway) will be refurbished in a nearly half-million-dollar project. 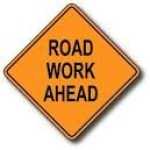 J.S. McCullough Excavating of Bainbridge has submitted the low bid of $447,282.50 on the East Side project that will include repairs to three lanes of pavement, curbs, gutters, pathway repaving and drainage work on the south side of the roadway.

The only other bidder was Calumet Civil Contractors Inc. of Whitestown, which submitted a proposal of $476,078 on a project that carried an original engineer's estimate of approximately $650,000.

"They would like to start as soon as possible," Mayor Sue Murray said of McCullough officials, who hope to be done by Nov. 1 but definitely plan to finish the work during the current construction season (although technically the project won't totally be closed out until June 2014 after grass is growing along the affected roadway).

In awarding McCullough the bid, city officials expressed great satisfaction with the Bainbridge firm's previous efforts locally, most notably work last fall on the Edgewood Lake Road improvement project along the east side of the Crown Equipment Co. property.

Indianapolis Road will not be closed during the upcoming construction project. Work will concentrate on one side of the roadway, then the other to keep traffic moving as well as possible.

The Indianapolis Road project will significantly upgrade the deteriorating pavement along the south side of the roadway in the area in front of the Duke Energy building. That's where the far right lane was once basically the thin berm of a two-lane road before it was expanded to three lanes.

"This will leave just one section of Indianapolis Road to deal with," she said, "from Kroger to 10th Street, including sidewalks (along the north side). But not this year, not now, not yet."

Meanwhile, Greencastle/Putnam County Development Center Director Bill Dory noted that another construction project is due to commence on the city's Southwest Side.

CSX Railroad crews are set to bore under South Jackson Street near the railroad tracks south of the bowling alley to help remedy a major drainage issue.

CSX will be working on and off for about three weeks, Dory said.

Railroad crews, however, are reportedly awaiting the arrival of a large boring machine en route from Tallahassee, Fla., to tackle the major work.

After that work is complete, the city will focus on repair efforts on the roadway around the railroad tracks in front of the Phoenix Closures plant.