With the end of the annual Putnam County Fair comes the resumption of ParkFest on Tuesday at 7 p.m.

The local rock band Wanted On Fire comes to ParkFest to share its enthusiasm and love of rock music with the audience.

Wanted On Fire brings a mixture of covers from today's popular bands like Blink 182 and Green Day, along with its own original music.

Classmates at Greencastle High School Dylan Bodnarick, bass, and Justin Hartman, lead guitar, came up with the idea for Wanted On Fire in 2011.

They brought in Alex Briones on lead vocals and Derek Query on rhythm guitar. Wanted On Fire was rounded out with the final addition of Jacob Crawley on drums.

Over the years Wanted On Fire has worked to improve their skills as musicians and find their voice as songwriters. 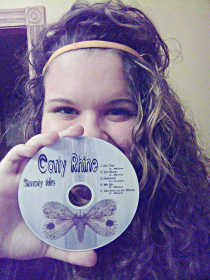 The hard work that went into Wanted On Fire was shown with the release of the band's debut EP "Inhibitor" in January this year. 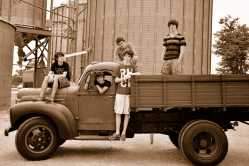 Along with the five youths of Wanted On Fire the ParkFest stage will be teen emcee Carly Rhine. She will be standing in for Bobbie Lancaster for Tuesday's ParkFest.

Rhine has always had a love for music and has been playing guitar for the past five years.