By NEIL BURK, The Paper of Montgomery County 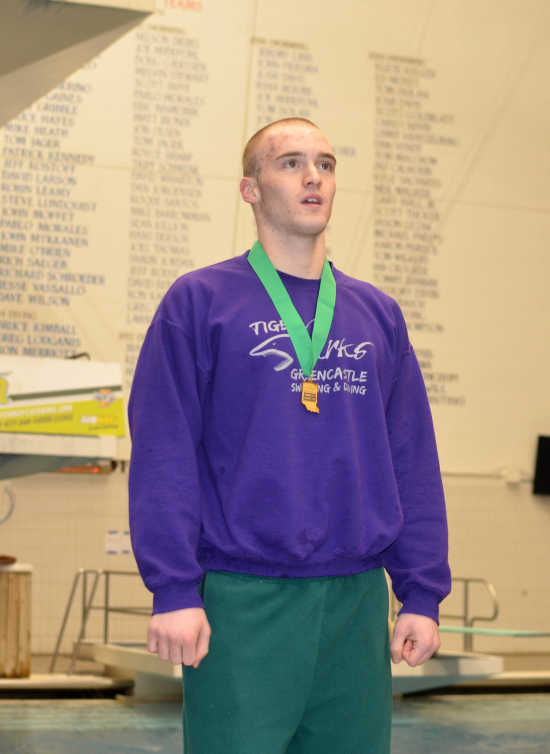 CRAWFORDSVILLE -- Sugar Creek Swim Club and Greencastle High School are on the national radar thanks to Nash Firebaugh. The senior Tiger Cub and member of the SCSC was recently named to the USA Swimming 2012-2013 Scholastic All America Team.

Hedrick, in his second full year as coach, said the club had not had another individual receive the honor during his tenure.

Firebaugh garnered the recognition through an application that boasted his 3.7 grade point average and exceptional time in the 100-yard butterfly. He finished fifth in the event at the state finals.

"He's a great swimmer, but also a great student and top member of the community," Greencastle High School swim coach Kent Menzel said. "It's Nash's character to be a hard worker and pay very close attention to what he's doing in all aspects of his life."

Firebaugh is one of two seniors captains on the Tiger Cubs' boys' squad. The other, Nate Gardner, also swims for SCSC.

"Nash and Nate both follow a long line of Greencastle swimmers that have been a part of SCSC," Menzel said. "When you have senior leadership like that on your team, it's great."

Menzel explained that the leadership, combined with the talent, made coaching easier and swimming a more rewarding experience for the athletes.

"I absolutely use (Firebaugh) as an example," he said. "Nash definitely leads by example. He follows the model we hope for from Greencastle swimmers and Greencastle athletes as a whole. I think the other swimmers definitely look up to him."

The Sugar Creek Swim Club is hoping to get more attention and more funds to promote their athletes with the 5th Annual Sprint Triathlon this weekend in Crawfordsville.

The triathlon is being held in memory of Duane Swisher this year. Swisher was a former swim coach at Western Boone that recently passed away while training for the event in Fountain County. The triathlon is set for Saturday.

USA Swimming is the national governing body in the US with about 300,000 member service organizations, spanning from youth to Olympic-level competition.