Cloverdale loses in four to Bloomfield 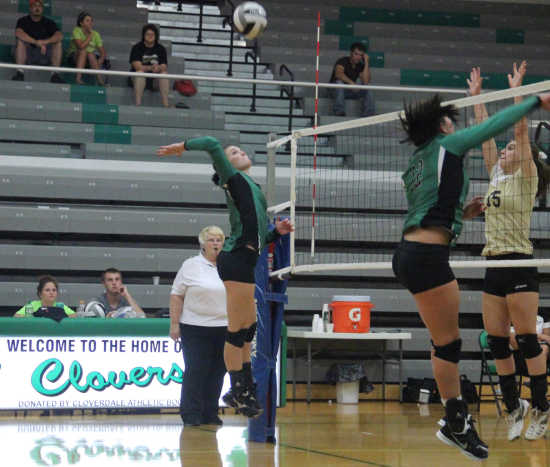 Cloverdale senior Rebekah Jordan (center) goes up for a spike while teammate Adri Patterson tries to fake out the opponent during a match last week. (Banner Graphic/GRANT WIEMAN)

"We need to work on consistency in playing from set to set," CHS coach Kathy Moore said.

Jessica Winders had seven points (one ace) and 19 assists.

Cloverdale plays at Owen Valley on Tuesday, then is off until the Putnam County Tournament on Saturday, when they open with Greencastle. The tournament is at North Putnam beginning at 9 a.m.