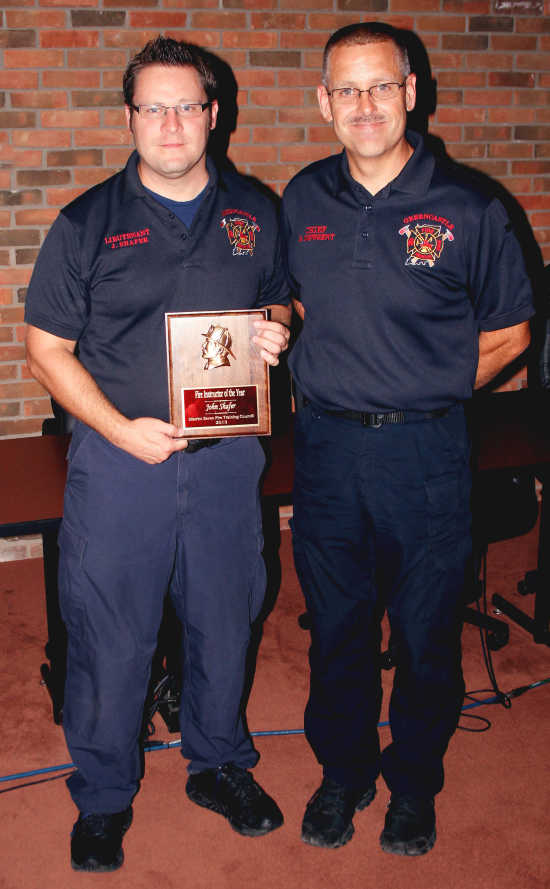 Greencastle Fire Department Lt. John Shafer (left) accepts a plaque from GFD Chief Bill Newgent Tuesday afternoon at City Hall after Shafer was named the 2013 District 7 Fire Training Council Fire Instructor of the Year. Shafer, a 14-year veteran of the Greencastle Fire Department, received the award from the Indiana Fire Chiefs Association, Newgent said, explaining that it was voted upon by Shafer's fire instructor peers throughout Indiana. Shafer has led the way in a number of fire training aspects in both the district and state, Newgent said, praising the lieutenant as "doing a wonderful job for our department."