Kyndra Boyce, 18, is an accomplished senior at South Putnam High School. Boyce was born on Feb. 28, 1996 to Shane and Lori Boyce. She is involved in National Honors Society in school and her favorite subject is math. Her least favorite subject is English in school. Boyce's favorite color is turquoise. Now in her fourth year lettering on the SPHS team, Boyce started playing golf in eighth grade. In 2012, she made it to regionals by placing individually in sectionals with a 93. Boyce said her favorite golfer is Phil Mickelson. She is also a member the SPHS tennis team. 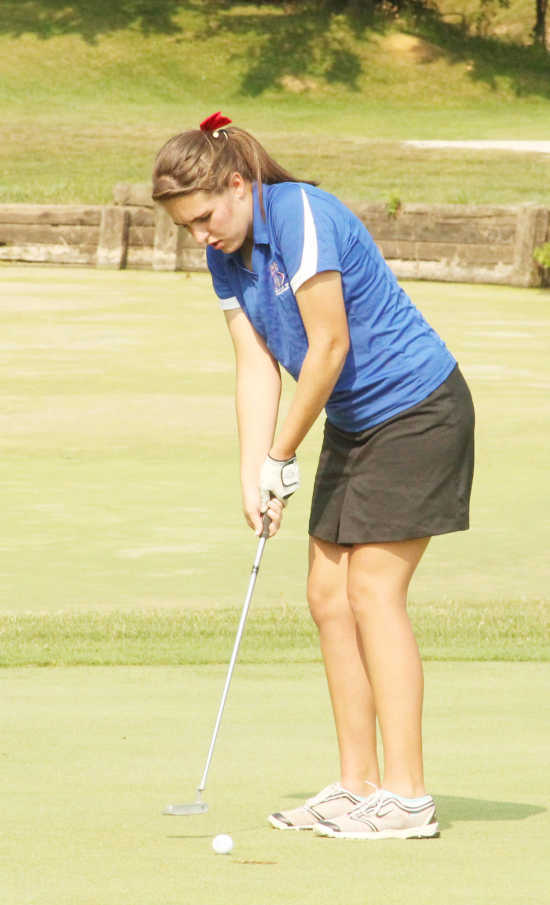 Banner Graphic: Who has influenced you the most in life?
Kyndra Boyce: My sister because she is the one who influenced me to be involved in all of the sports that I am in and the career path that I have chosen.

BG: What makes golf such a challenge?
KB: It's such a mental sport. If you have one bad hole you can't let that bring you down and you have to just go on to the next one with a positive attitude.

BG: How much of an effect do your teammates have on you?
KB: I think teammates have a major effect on me. I know that you go off and you don't see the other players for a while, but it's a team sport and you have to work together in order to have a good score.

BG: What are your plans after high school?
KB: I plan to go to ISU and become a pediatric nurse.