Richard (Rick) Harrington Buehler, 72, graduated from Crown Point High School in 1959 and received a BA and MA from Ball State University in 1963 and 1965, respectively, and an MARE from Southwestern Baptist Theological Seminary in Fort Worth, Texas, in 1994. 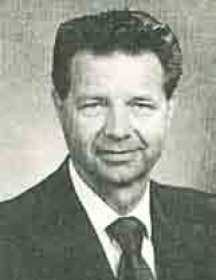 He owned and ran a Phillips 66 gas/oil business in Crown Point.

He and Marge owned and ran a KOA campground in Limon, Colo. He was Resort Minister in Kerrville, Texas, as well as a music minister/youth pastor in Hempstead, Texas. He then went back to teaching band and choir at a Christian school and public schools in Fort Wayne.

Most recently Rick was the pastor of Amity Baptist Church in Cloverdale and a trombone player in the Brazil Concert Band. He also played the piano and led singing at The Waters nursing home in Greencastle.

He was an active member of Gideon's International, meeting weekly in Greencastle.

He was preceded in death by his brother, Rance, and parents Dick and Gwen.

Rick was an incredibly wise and gentle man whose passion was serving our Lord. He will be greatly missed by all who were privileged enough to have known him. We look forward to seeing him in heaven again some day.

Donations can be made in memory of Rick Buehler to: American Diabetes Association, American Heart Association and Gideon's International.

Visitation at Bittles and Hurt, Greencastle, is set for 4-7 p.m. Friday, Sept. 20. A life celebration at Amity Baptist Church in Cloverdale will be at 11 a.m. Saturday, Sept. 21.