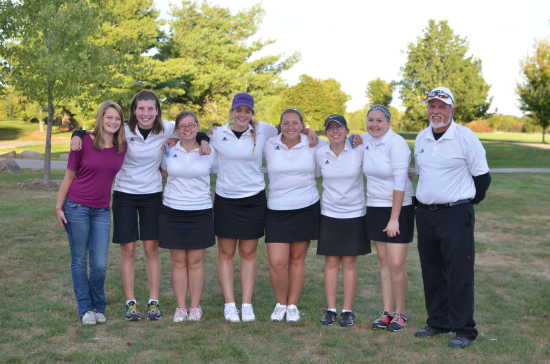 Cloverdale edged Monrovia for third place, 413-414, with South Putnam finishing fifth. North Putnam did not qualify for a team score.

Monrovia's Meredith Knieper claimed medalist honors with a round of 81. Greencastle took the next three spots on the All-WCC list while Putnam County golfers made up seven of the 10 total all-conference spots. 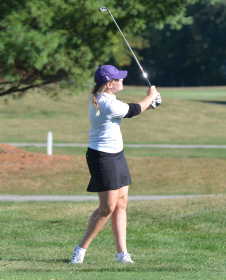 Lauren Bridgewater placed second overall for the Tiger Cubs with a round of 93, followed by third-place finisher Lokysa Schueremann's 94 and Liz Johnson's fourth-place round of 96. Alexa Newlin carded a 116 to round out the team round of 399 while Haley Cash shot 119 on the day.

Greencastle head coach Bob Hedge was proud of the effort from the squad Saturday.

"We played our best golf of the season today," Hedge said. "Everyone played extremely well. Lauren Bridgewater, Liz Johnson and Lokysa Scheuermann all made all-Conference."

Izzy Wardlow's 108 and Anna Spencer's 109 allowed Cloverdale to edge past Monrovia for third place in the team standings, with Abby Speas not far behind after shooting 112.

"I could not have asked for a better day out of my girls," CHS coach Matthew Langdon said. "Each one of them reached the goal I set for them before the round. I told them I believed if we broke 420 we would have a great chance to win. We blew that away with a 413.

"But give the credit to Greencastle, they went out and played a great round of golf."

South Putnam was paced by Kyndra Boyce, who carded a 101 for ninth place in the overall standings. Clair Perry added a 109, while Alissa Haywood shot 129, Carlee Schlatter carded a 139 and Allacyn Arnold came in on 144. 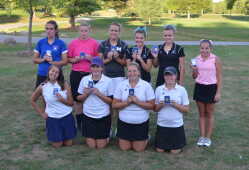